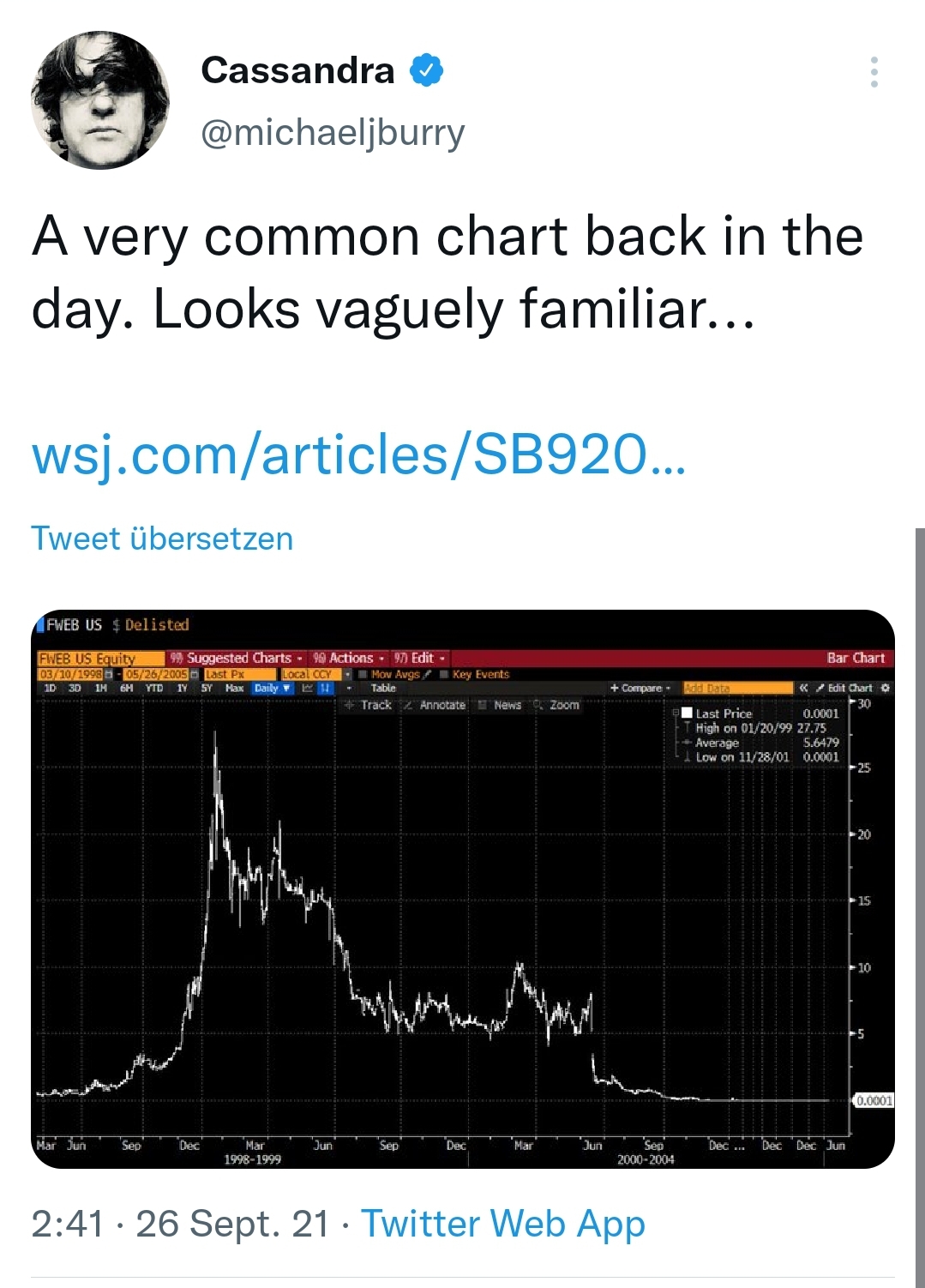 He’s not talking about any one security. He’s showing a chart of a company where the chart was familiar back in the day.

As in it was common to see a similar chart on all securities.

The time frame he’s showing is the dot com bubble.

His tweet is referencing that the stock market is in a massive bubble, just look at the 5 year of any security. We haven’t flat lined yet we’re at the middle point of the graph he linked. Showing that when the bubble pops, companies will go bankrupt like the one shown. There’s no deeper meaning of delisted stocks, doesn’t relate to GME, and isn’t anything for you guys to go nuts connecting dots.

It’s in line with the bearish stance his firm has been taking.

It’s a common chart again and he’s saying we’re in a bubble again.