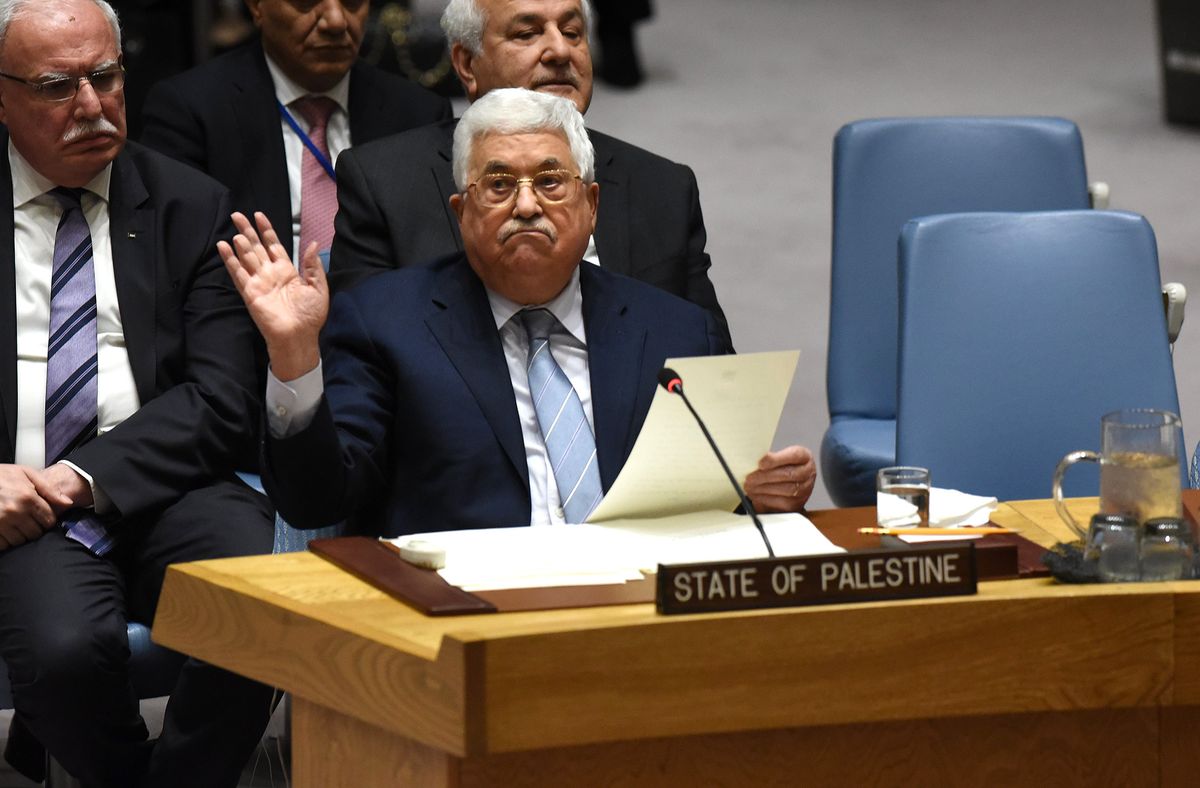 President Trump hasn’t been pleased with the Palestinians’ refusal to consider compromises to achieve Middle East peace.
So he’s decided to withhold tens of millions of dollars of U.S. taxpayer funding from the Palestinian Authority.
And what answer does he get?
The threat of terrorism.
“If you end your assistance they become terrorists or refugees in Europe,” Abbas said. “It’s either that or you continue to support UNRWA until the crisis ends. We are ready to begin negotiations. We beg you to help us so that we may not commit an act that goes against our beliefs and your beliefs.”
The Palestinian leader immediately left the Security Council after concluding his speech without waiting to hear Haley’s response.
www.wnd.com/2018/02/abbas-threatens-u-s-with-terrorists/
www.bloomberg.com/news/articles/2018-02-20/abbas-haley-trade-barbs-over-trump-s-israel-stand-at-un-meeting
The Palestinians know that no US peace plan would comply with their demands. Abbas’s Fatah is demanding 100% of the territories Israel secured in 1967, namely the West Bank, East Jerusalem and the Gaza Strip. Hamas, for its part, is demanding 100% of everything, from the Jordan River to the Mediterranean Sea. As Hamas leaders repeatedly affirm, the goal is to “liberate all of Palestine,” meaning all of Israel.
www.gatestoneinstitute.org/11913/palestinians-hamas-fatah-trump
ND