This is incredibly honk-honk funny:

JUST IN – Afghanistan president Ashraf Ghani ran away from the country ‘in four cars and a helicopter filled with cash' after Taliban arrived in Kabul.t.co/yLNlf6VxLp

I bet that the $150 million in cash was courtesy of the Afghan tax payer, and not drug money/US taxpayer money he received from our beloved CIA; this is muh freedom and democracy we brought to those stone age sheep herders in the past 2 decades.

The cost of the war in Afghanistan is estimated at 2.2 trillion dollars so far, but seeing this epic failure is almost worth it. 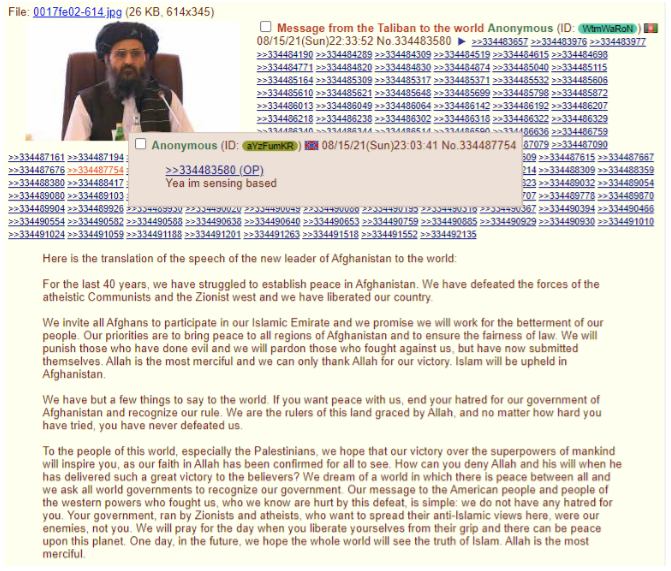