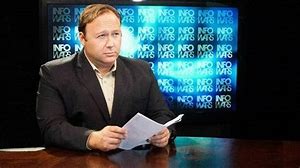 Now it seems Amazon may have made a few changes, too.

The ecommerce giant has long been known for its refusal to take a political stand about, well, anything. For instance, activists for years have lobbied it to stop advertising on Breitbart to no avail. Similarly, people have called for Amazon to stop selling Infowars/Alex Jones products, which the company seems to still be doing. This includes streaming some of Jones’s controversial movies, which promulgate his conspiracy theories.

But Amazon wasn’t just selling the products–it was sort of recommending them. A Politico story from this morning noted that many Jones products had the “Amazon’s Choice” logo on it, which is an internal stamp of approval for certain items on the platform. Now, it seems Amazon has taken the “Choice” designation away from Jones’s products.

One day after what appeared to be a coordinated attack by media giants Facebook, Apple, Spotify and Google on Alex Jones, whose various social media accounts were banned or suspended in a matter of hours, the crackdown against alternative media figures continued as several Libertarian figures, including the Ron Paul Institute director, found their Twitter accounts suspended.

Two more casualties of the Twitter purge of antiwar voices: @ScottHortonShow, the new editorial director of t.co/QNAmINHNCX, and @DanielLMcAdams, director of the Ron Paul Institute.

Scott Horton, Peter Van Buren, and Dan McAdams have been suspended from Twitter.
If you go to their accounts, you will see their old tweets, but they are prohibited from making new tweets. They were reported by @KatzOnEarth for criticizing his posts. Please complain to Twitter. pic.twitter.com/kaWAqasLKQ

Senate Democrats Are Circulating Plans for Government Takeover of the Internet: Reason Roundup

See also  The reason your AMAZON order is delayed: 15 container ships carrying tons of essential goods are forced to drop anchor off California coast as Port of Oakland truckers go on strike (and it could last months)

All your base are belong to us. A leaked memo circulating among Senate Democrats contains a host of bonkers authoritarian proposals for regulating digital platforms, purportedly as a way to get tough on Russian bots and fake news. To save American trust in “our institutions, democracy, free press, and markets,” it suggests, we need unprecedented and undemocratic government intervention into online press and markets, including “comprehensive (GDPR-like) data protection legislation” of the sort enacted in the E.U.

Titled “Potential Policy Proposals for Regulation of Social Media and Technology Firms,” the draft policy paper—penned by Sen. Mark Warner and leaked by an unknown source to Axios—the paper starts out by noting that Russians have long spread disinformation, including when “the Soviets tried to spread ‘fake news’ denigrating Martin Luther King” (here he fails to mention that the Americans in charge at the time did the same). But NOW IT’S DIFFERENT, because technology.

“Today’s tools seem almost built for Russian disinformation techniques,” Warner opines. And the ones to come, he assures us, will be even worse.

Here’s how Warner is suggesting we deal:

Mandatory location verification. The paper suggests forcing social media platforms to authenticate and disclose the geographic origin of all user accounts or posts.

Mandatory identity verification: The paper suggests forcing social media and tech platforms to authenticate user identities and only allow “authentic” accounts (“inauthentic accounts not only pose threats to our democratic process…but undermine the integrity of digital markets”), with “failure to appropriately address inauthentic account activity” punishable as “a violation of both SEC disclosure rules and/or Section 5 of the [Federal Trade Commission] Act.”

Bot labeling: Warner’s paper suggests forcing companies to somehow label bots or be penalized (no word from Warner on how this is remotely feasible)

Define popular tech as “essential facilities.” These would be subject to all sorts of heightened rules and controls, says the paper, offering Google Maps as an example of the kinds of apps or platforms that might count. “The law would not mandate that a dominant provider offer the serve for free,” writes Warner. “Rather, it would be required to offer it on reasonable and non-discriminatory terms” provided by the government.