Trader Predicts AMD Growth Up to $100

Famous trader and technical analyst @traderstewie claims that stocks of AMD, a semiconductor company that develops computer processors and related technologies for business and consumer markets, show good dynamics and should rise significantly in the near future.

Very strong relative strength last week as it wedged and bottomed at the 50 day MA. $AMD slowly yet surely coming out of that Wedge pattern. Targets $95 to $100@traderstewie via Twitter 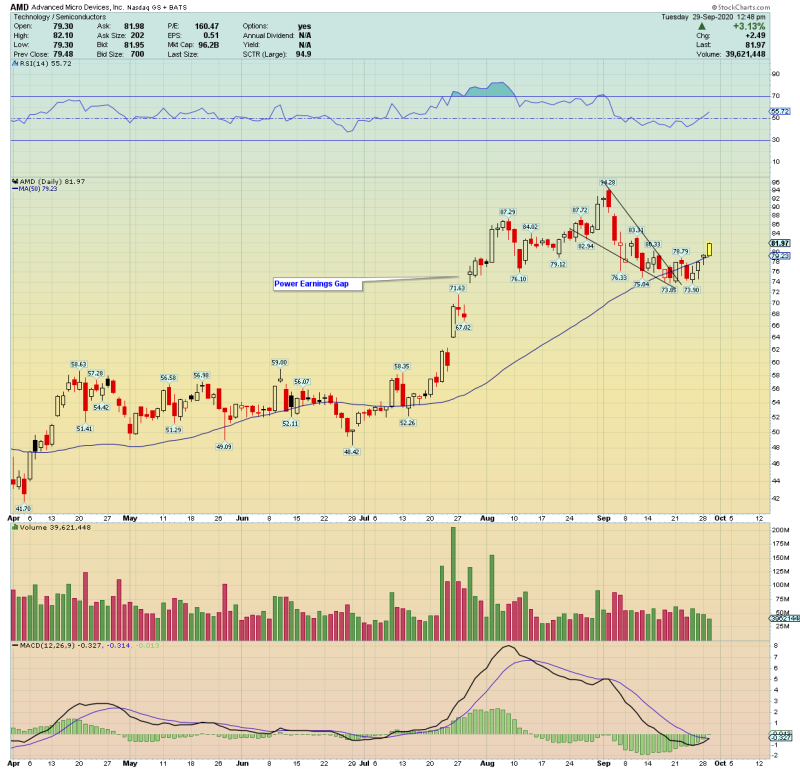 The trader believes that the company’s shares are now in a promising position for growth: last week the price bounced off the support line at the 50-day moving average and is now gradually growing. In addition, @traderstewie names a new target price, to which, in his opinion, AMD will grow. It is $95-100. Thus, the trader believes that the stock can show growth from 35% to 45%.

Earlier, analyst had predicted that AMD shares would be worth more than $100. Last week @StockDweebs pointed out that the closest target prices will be $79, $89 and $ 100 consecutively.

In recent months, the company’s shares have been heavily influenced by the market correction. After peaking above $92 per share in early September, the stock fell more than 15%. Nevertheless, the technology sector is now actively recovering, AMD demonstrates steady growth. From a low on September 18, stocks are up nearly 10%. Today the growth continued and amounted to 3.5%. At the moment the price of AMD stocks is $ 82.2.