And the share of the 5 largest companies is the highest ever in 2020. 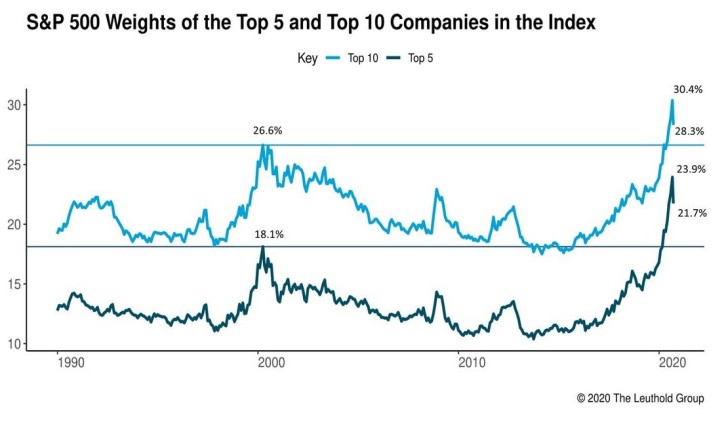 S&P 500 Is Dominated by Giants

Among other things, the analysis also shows that at the moment the 5 largest companies account for almost 22% of the index, and the 10 largest companies occupy about 28%. It is the largest consolidation in history, surpassing even the heyday of the dot-com bubble.

The Nasdaq 100 has also been dominated by the giants. It is reported that 42% of the index’s capitalization is occupied by just 4 of the largest technology companies, Apple, Microsoft, Amazon and Alphabet.

The September Correction Slightly Shaken the Positions of the Largest Companies