Stephen Miller organized the America-First Legal group to challenge unconstitutional rules and laws initiated by Democrats in congress and the JoeBama administration.  Yesterday they scored a major victory after the DOJ told a federal court it would drop the race-based rules for COVID relief funding. 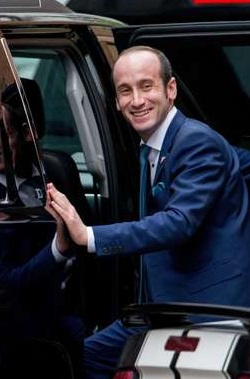 A1stLegal – “WASHINGTON, DC – The Biden Administration told a federal court yesterday that it will no longer give preferential treatment to select racial groups when awarding relief under the Restaurant Revitalization Fund. It also told the court that it will work to undo any preferences that it illegally conferred on so-called “priority” racial group applicants during the first 21 days of the program. This is a major victory for equal rights under law and a repudiation of the odious and unconstitutional racial preferences that have consistently found their way into the Biden Administration’s COVID-relief efforts.”

Trending:
See also  President Biden not only continued Trump's trade war with China, he escalated it. The most recent battle is over chips.
Views: 3