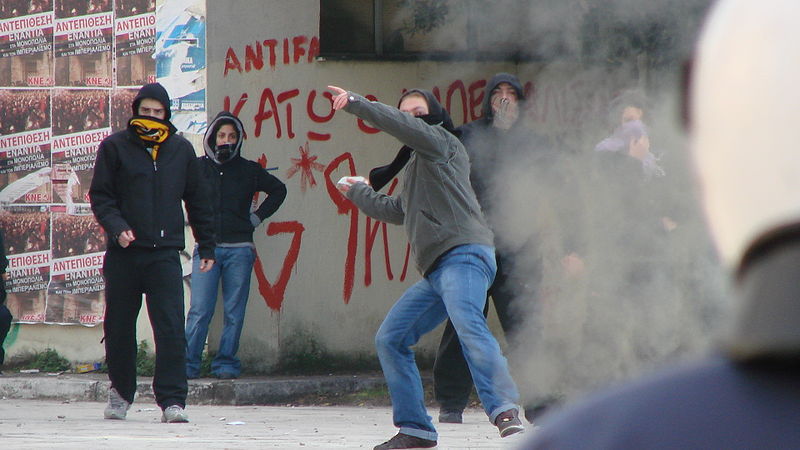 The top trending subject for all news sites right now is Antifa. They have turned out at almost every major (and minor) rally or protest and waded in with violence first and threats second. They are not just going after White Supremacists, but quite literally anyone who is not them.
The majority of people who turn up to Antifa attacks are just kids who think they are part of something “rebellious,” but this in no way excuses them from the fact that the leaders and organizers are in fact attempting to destroy American society. And they are NOT cultural idealists “fighting for what they believe in,” they are well-funded, well-trained and directed by Globalist organizations who have their own agenda ready to replace the fallen one.
Antifa are not a “loose-knit” operation. They exist in many countries and coordinate in actions all over the world. At present they are co-opting other groups under the “Anti-Fascist” banner as part of their number, which is not only wrong, but purposely designed to enforce the idea that anyone who is not with them is thereby actually “Pro-Fascist.”
The violence is not random nor a reaction, it is designed and executed to appear out of nowhere and to turn a tense situation into a chaotic and dangerous one.  These are professionals who know how to cause violence through using other people. They are trained to inflame a situation so that a random nobody ends up getting charged with the assault whilst they fade back into the shadows.
The petition to have Antifa designated a Terrorist Organisation is a good thing for three reasons and a bad idea for one.
First the benefits:

These are idiots led by extremely bad people who are working for the downfall of Western Civilization. It is, at heart, Cultural Marxism wearing sheep’s clothing. Don’t be fooled.

4,775 views
READ  The Market is Near Screwed at This Point
READ  Corporations, Specifically Multinationals, Hate Capitalism – Understand That Point and Things Make Sense