If there was ever a politician who will be dragged from his chamber in a revolution, history would point to Daniel Andrews. Now he is throwing anyone who opposes his authoritarian measures out of Parliament. The Western powers invaded Iraq and wanted to invade Syria on the premise that they were abusing their people as dictators. None of the actions of Saddam Hussein come close to what Andrews has done to those who live in Victoria. He has now imposed an absolute mandate for vaccines, all for a disease that Scandinavia has downgraded to the equivalent of the flu.

Real GDP at Constant National Prices for Australia peaked in 2018. If people like Andrews remain in power, then this three-year decline, which is a reaction so far, will turn into a trend, meaning that Australia’s economy will decline further into 2023. The damage to the economy will become permanent if this declines beyond 2023. Indeed, Australia became independent only in 1931. Thus, the high in 2018 was on target for an important high on our Economic Confidence Model. This warns that as long as the 2018 high stands, then the decline could unfold over a 19-year period into 2037.

Tim Quilty has objected to being removed from Parliament simply because he is the opposition to Andrews. 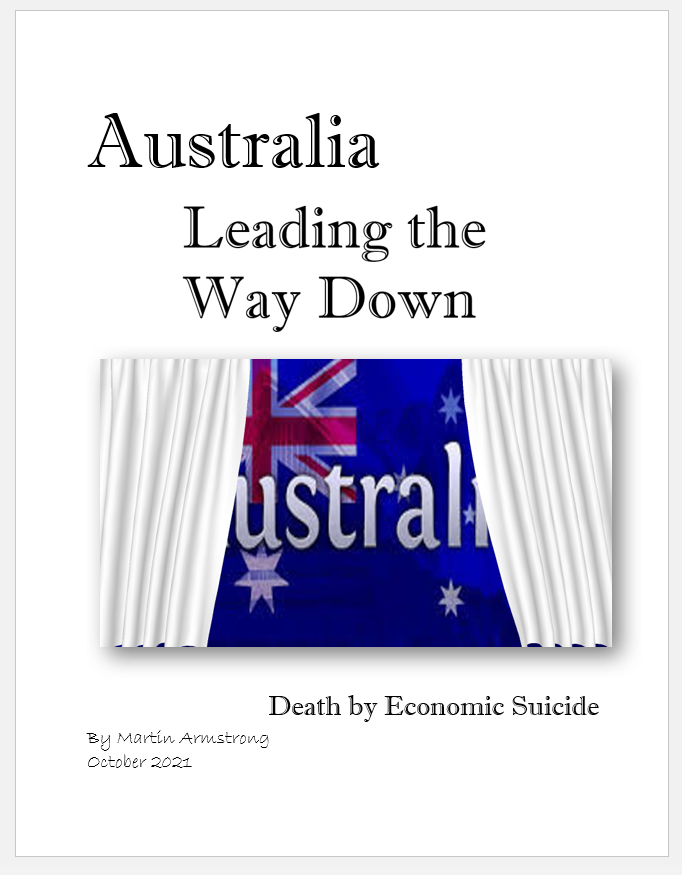 Meanwhile, Daniel Andrews will be remembered by history as the man who destroyed Australians’ freedom and their economy. It is shocking how economists are not screaming from the rooftops (since they cannot leave their homes) that the damage to the economy is so stark, it could take decades ever to recover. More on this at the World Economic Conference.