Several states, including Republican states, have decided to raise taxes this year to cover budget shortfalls. But a new study suggests that the states might find themselves in worse financial shape after the money starts rolling in.

According to the latest ranking of states by the Mercatus Center at George Mason University, the most fiscally sound states in the nation are all low-tax, GOP strongholds, while the 10 least-solvent states are almost all high-tax and heavily Democratic.

The rankings in the fourth-annual “Ranking of the States by Fiscal Condition” report, which was released this morning, are based on a review of audited financial statements for 2015 covering five measures that gauge the states’ ability to pay bills, avoid budget deficits, and meet long-term spending needs and cover pension liabilities. 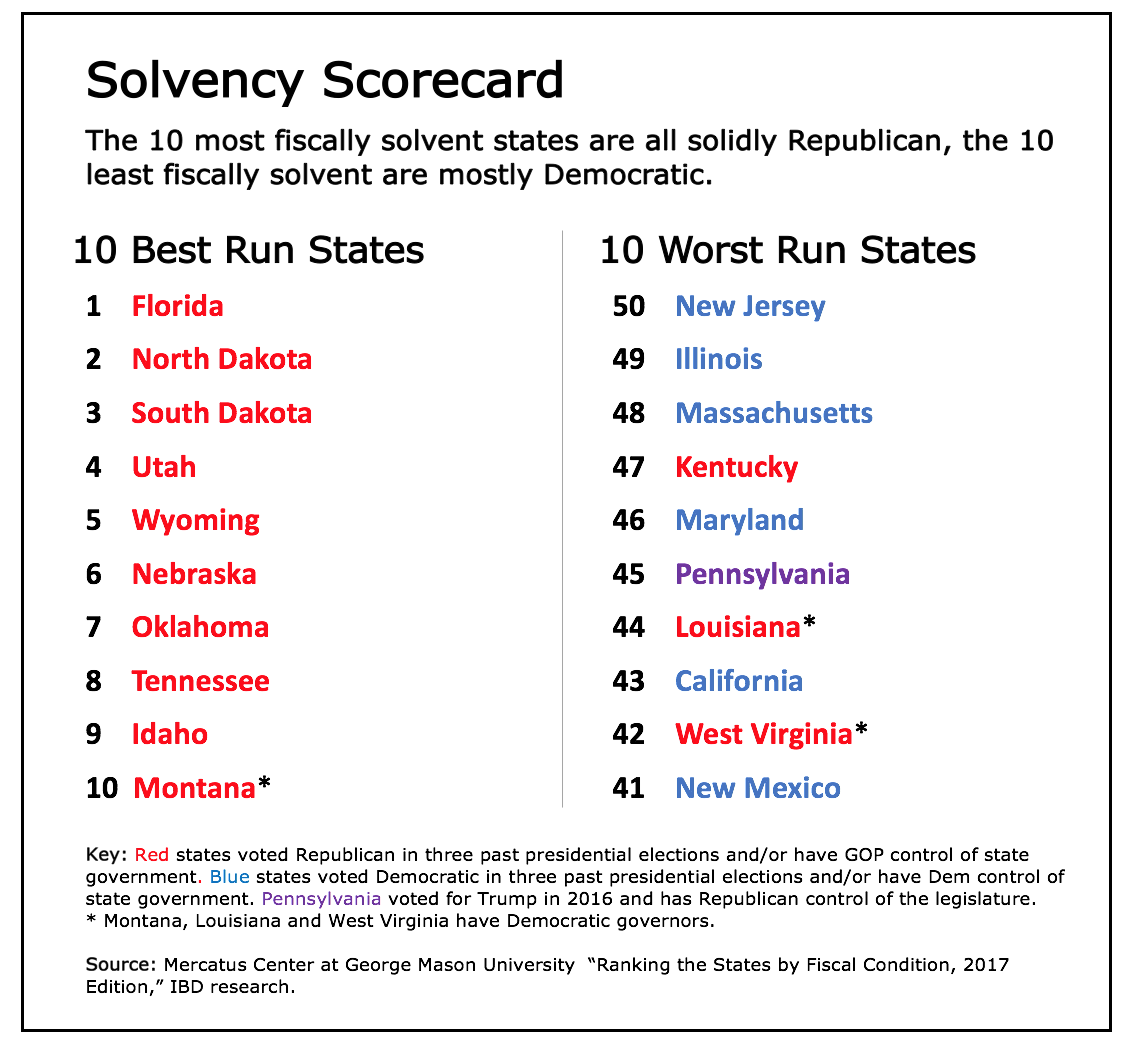 There were several changes in the rankings from last year. Florida moved from sixth place to first, while Alaska dropped from first place last year to 17th this year, driven mainly by the fall in oil prices. Idaho moved into the top 10.