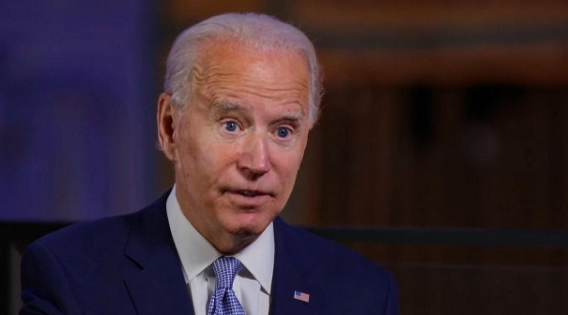 A couple of days ago, the Biden regime released its master plan to fight domestic extremism, and by that I hoped they were talking about antifa and BLM. Obviously, I was wrong. The plan has been in the works since January, courtesy of the FBI led Capitol riots.

What exactly is this, you asked? Let’s see what the pressitutes are saying:

“WASHINGTON — The Biden administration is aiming to bolster information sharing with technology companies, potentially expand hiring of intelligence analysts and improve screening of government employees for ties to domestic terrorism as part of a much-anticipated plan expected to be released on Tuesday detailing how the federal government should combat extremism.

President Biden ordered the review of how federal agencies addressed domestic extremism soon after coming into office, part of an effort to more aggressively acknowledge a national security threat that has grown since the Capitol riot on Jan. 6.

The 32-page plan synthesizes steps that have been recommended by national security officials — including bolstering relationships with social media companies and improving information sharing among law enforcement agencies — into one blueprint on how to more effectively identify extremists in the country after years of heightened focus on foreign terrorists. …”

Basically, this is the new Patriot Act on steroids, and in short, it reorients Homeland Security to focus on domestic threats/unrest.

It calls for new spending on:

-Consolidation/sharing of intelligence on groups/individuals of interest

-Government-wide training on identifying and dealing with domestic threats

-Screening and vetting of all DoD, Homeland Security, and Law Enforcement employees

In short, this is totalitarianism.

The plan is diabolical in nature.

First, they will screen and purge federal law enforcement agencies, the military and the federal government of “domestic extremists”, i.e. white conservative males. Everyone deemed as an extremist by progressive activist groups via ideological litmus tests is going to be purged from all institutions of power.

Second, they will use the DHS to work with outside groups (private contractors etc.) to spy on people who are labelled “domestic extremists”, thus shifting away from DHS’s traditional responsibilities (enforcing immigration law).

Next step is the State Department designating  foreign groups like the Nordic Resistance Movement to be Foreign Terrorist Organizations (FTOs), so they can have greater legal authority to go after people who are somehow “linked” to those groups.

The FBI and Department of Social Justice will continue their biased approach to law enforcement, which is to throw the book at groups like the Rise Above Movement while turning a blind eye to chronic Antifa and Black Lives Matter violence.

Biden’s DA Merrick Garland plans to continue to launch investigations of local police departments. The focus is going to be on infiltrating and criminalizing Patriot groups and White Nationalist groups.

The Treasury Department will investigate overseas sources funding of these groups like that French guy who committed suicide and donated all that Bitcoin to Nick Fuentes, Daily Stormer and others.

According to the document, you are classified as a domestic terrorist if you express “anti-government or anti-authority sentiment”, or if you espouse “racial or ethnic bigotry and hatred”.

And you will be drone-striked if you are a racist bigot. You think I’m kidding?

According to the State Department’s official definition of anti-Semitism, if you criticize the state of Israel for whatever reason (killing civilians with airstrikes, murdering children, dropping white phosphor on Palestinians etc.) or jewish power, you are an anti-Semite (a racist bigot double-plus-good).

Moreover, militia extremists (?) and racially or ethnically motivated violent extremists (BLM, the ADL maybe?) are assessed as presenting the most persistent and lethal threats, according to the White House strategy.

The Biden administration will also work with Big Tech companies like Facebook and Google to identify and combat domestic terrorist content online, i.e. to censor all dissent and views that are not in sync with Big Brother’s agenda.

If you ask me, the so-called strategy has nothing to do with terrorism, just going after political rivals and trying to make opposition to their political views illegal.

They are grouping conservatives, military, ex-military, Christians, libertarians — basically anyone who isn’t part of the ‘woke’ culture in the group with these ‘domestic terrorists.

I mean, yeah, just turn in your family and friends to the politburo, the same thing happened under the old Soviet Union with the same tribe involved.

We didn’t only side with communism in WW2, but we adapted their ideology and policies.

We were warned but we ignored the warning.