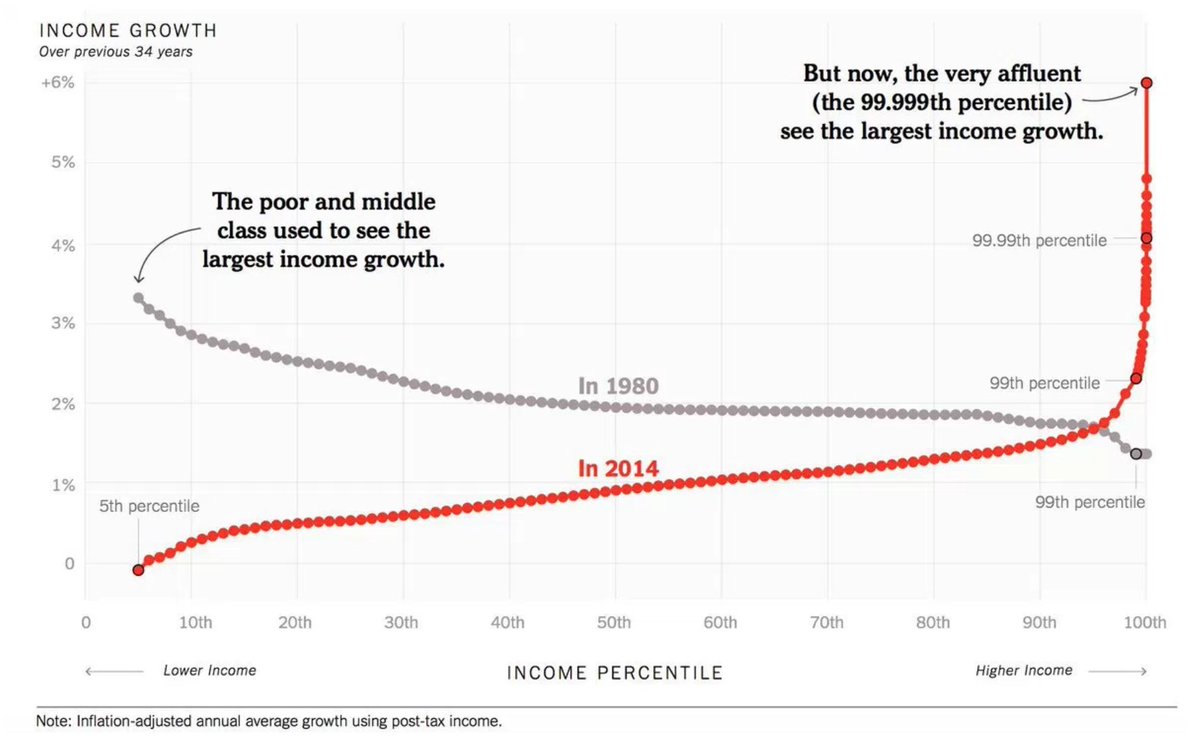 Anyone notice the trend in wages & salary growth? pic.twitter.com/ZuUe79fgcs

For the first time since November 2009, real average hourly earnings tumbled for the 4th month in a row.

Despite all the hype, all the hope, and all the Phillips-curve-ian academic discussion…

Real wage growth just is not there…

World’s richest 0.1% have boosted their wealth by as much as poorest half

The richest 0.1% of the world’s population have increased their combined wealth by as much as the poorest 50% – or 3.8 billion people – since 1980, according to a report detailing the widening gap between the very rich and poor.
The World Inequality Report, published on Thursday by French economist Thomas Piketty, warned that inequality had ballooned to “extreme levels” in some countries and said the problem would only get worse unless governments took coordinated action to increase taxes and prevent tax avoidance.

So, where did she say that? pic.twitter.com/ZxnVoPo44Y