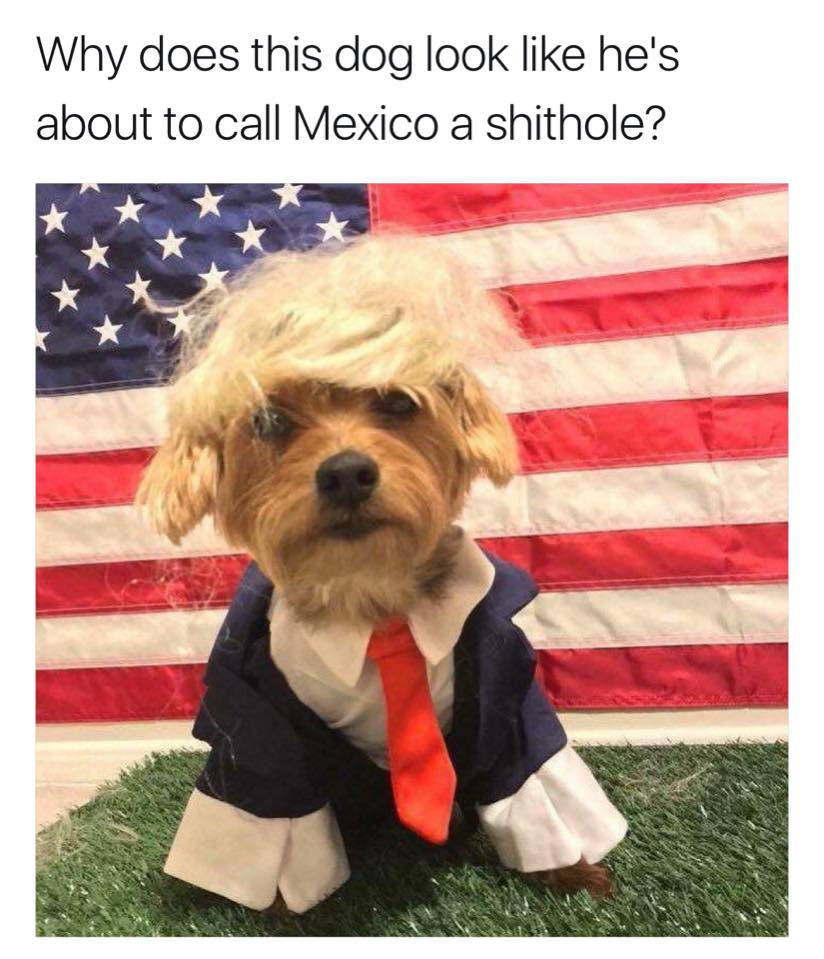 They’re not sending their best now, do they? Here’s from the WSJ:

“ The number of murders in Mexico rose sharply last year, pushing the homicide rate to its highest level since at least 1990 as violence among drug gangs persisted and highlighting the challenge faced by the incoming administration to contain criminal violence. The National Statistics Institute said Monday the number of murders rose 27% last year to 31,174, the most on record going back to 1990 and equivalent to 25 per 100,000 inhabitants. The homicide rate rose from 20 per 100,000 in 2016, and was above the recent high of 24 in 2011. Criminal violence began soaring in 2008 after the government engaged the military and federal police in efforts to rein in powerful drug gangs that were taking control of hot spots around the country. After a lull from 2012 to 2014, the violence took off again in 2015.”

While the cartels get the headlines, there is a significant amount of other crime in Mexico (and here and elsewhere) as well. For example kidnappings and robberies where seemingly gratuitous violence is used. Not directly related to drugs but the usual causes of crime.

Mexico’s social difficulties have gotten worse because they have picked up some of America’s bad habits (reduction in importance of the basic family structure, shallow materialism, less religious affiliation, substance abuse, etc)  while not adding many good habits (genuine respect for rules, belief in free enterprise, etc). Prohibitions against abortion and gay marriage have or are being lifted. This is destroying Mexico’s last bedrocks against anarchy – the strong family structure and the church.

Mexico should threaten us with war for doing nothing to deal with our drug addiction debacle. It’s our junkies and yuppie idiots oblivious to the hundreds of thousands of Mexican dead that are fueling the  Mexican murder rate. Mexicans are literally killing each other for marketing rights to our dope fiends, since we insist on keeping it all illegal, there’s no court available to them…just a gun.

READ  Build back better means ‘destroy everything not green’: Bernardi

As a fun factoid, here are the US murder rates as per USA Today:

Only Tulsa has a Republican Mayor- the bottom 9 are all Democrats.  What else do these cities have in common? That’s a question we’re not supposed to ask. Do you know the answer?

The good news is that President Trump threteaned to shut-down the “feral gumming” one month before the mid-term elections, if the Congress doesn’t pass an omnibus-bill that would fully found his big-beautiful wall at the Mexico border.

I would be willing to “shut down” government if the Democrats do not give us the votes for Border Security, which includes the Wall! Must get rid of Lottery, Catch & Release etc. and finally go to system of Immigration based on MERIT! We need great people coming into our Country!

Walls don’t work, with the exception of everywhere they are tried. Even the Antifa idiots in Portland built a WALL to keep out those they didn’t like.

I want to start a conversation about restructuring ice and granting amnesty to the 10 million plus people who are already here. Here’s the @courierjournal coverage:t.co/OFPwvXCPAg

Hank Linderman is challenging incumbent Rep. Brett Guthrie, who has been in Congress since 2009.

READ  SOCIALISM: IF YOU BUILD IT, THEY WILL LEAVE. “San Francisco saw the second largest population decline of all major cities in the U.S. in 2020, according to census data. Only one city —Baltimore — logged a greater population decline.”

The same cannot be said for illegal aliens, because virtually all adult, illegal aliens commit felonies in order to procure the documents they need to get jobs, to drive and to obtain other benefits that are restricted to U.S. citizens.

Anyone who assumes that ANY Democrat is concerned in the least about public safety just hasn’t been paying attention.

What lunatics? Well, check this out:

"A majority of swing voters and white voters in battleground districts say immigration from Central America and Mexico has made life in America “worse.” More than four-in-nine black Americans in swing districts say the same of immigration." t.co/Nbit3CjzDj