by Umar Farooq
Stocks continue to make new record highs, yet market dynamics point to fragility under the surface. The Dow Jones Industrial Average registered its eleventh record close in a row on Friday. And, if you take a look at just the S&P 500 in February, it’s on track to see the fewest declines in any month since May 1990. 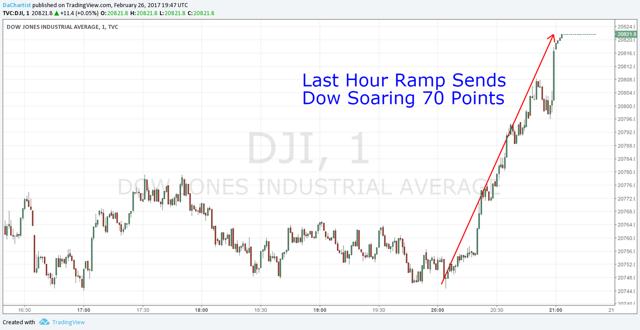 Source: seekingalpha
Despite this continuing historic rally, Dr. Doom’ is warning investors that the U.S. stock market is vulnerable to a seismic sell-off—one that could start any time in a very unassuming way. Marc Faber, the editor of “The Gloom, Boom & Doom Report,” predicted the rally’s disruption won’t be caused by any single catalyst. His argument: Stocks are much overbought and sentiment is way too bullish for the so-called Trump rally to continue. “Very simply, the market starts to go down. As it goes down, it will start triggering selling, and then it will be like an avalanche,” said Faber recently on “Futures Now.” “I would underweight U.S. stocks.”

Faber, a supporter of President Donald Trump, isn’t blaming the new administration for his bearish forecast. “One man alone, he cannot make ‘America great again.’ That you have to realize,” he said. “Trump, unlike Mr. Reagan, is facing huge, huge headwinds — including a debt to GDP that is gigantic, as it is in other countries.” Faber lists interest rates going up, as well as earnings and margins at record levels, as additional risks to the historic rally.

According to Faber, resource commodities such as copper and gold could also give investors solid profits this year. “When you look at Trump and his administration, and the way the budget is, I think further money printing down the line is inevitable,” he said — a policy which would could lift commodities even higher.

We’re seeing a broad-based reversal of the post-election trends across a variety of asset classes. Government bonds and precious metals have come back into favor recently, with notable strength in German Bunds. Silver prices have erased all of their post-election losses, despite the headwinds from a hawkish Fed and a relatively strong dollar. 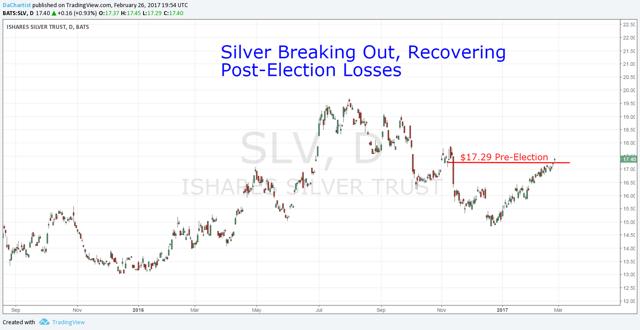 Another reasons for caution includes the progressive decline in volume as the market has marched higher since the election.