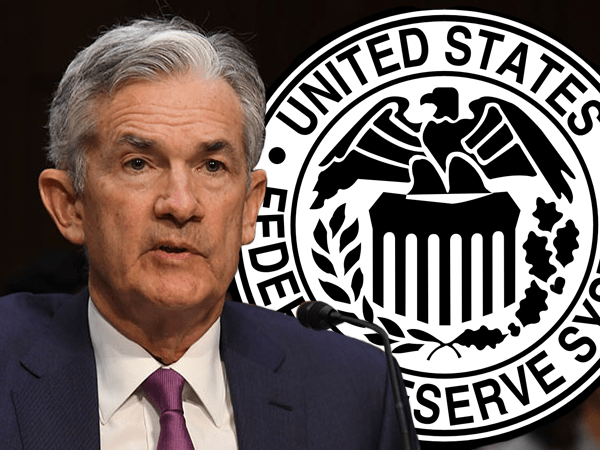 Inflation has been on the rise since late 2015. According to the Consumer Price Index (CPI) measure, the Fed has typically maintained the “target inflation” rate of 2%.

But official inflation has moved well past that benchmark. It is currently nearing 3% while rising at a consistent and alarming rate (see chart below):

During strong economic growth, this inflationary cycle is common. And if you look only at the numbers on their surface, the illusion of a strong economy is what someone would see.

But all that changes once you look behind the curtain…

The economic outlook is uncertain at best with trade wars, a declining dollar, and a credit market suspiciously following a script from 2008.

And the U.S. economic woes don’t stop there. Corporations are adding to the troubles with what seem to be an act of sleight of hand with certain tax loopholes.

All of these challenges to what appears to be a “strong” economy can bring it crashing down like a pile of bricks.

But despite all this, Fed Chairman Powell delivered a speech on August 24 that contained a disturbing “Wizard-of-Oz”-like message.

“Pay No Attention to the Inflation Behind the Curtain”

Sometimes you have to wonder whether the Fed isn’t telling us something about inflation, or if they’re simply ignoring reality altogether.

Case in point: during the speech delivered by Chairman Powell, he made a rather odd statement (emphasis and paragraph breaks ours):

When longer-term inflation expectations are anchored, unanticipated developments may push inflation up or down, but people expect that inflation will return fairly promptly to the desired value. This is the key insight at the heart of the widespread adoption of inflation targeting by central banks in the wake of the Great Inflation.

Basically, the Fed Chairman is stating that it’s okay for inflation to keep rising the way it has since 2015. Why?

The magic of “anchoring” a fixed target will automatically bring that inflation back down. Robert Wenzel reveals the insanity behind this thinking in the same piece on Economic Policy Journal:

I note he is making this absurd claim despite the fact that price inflation on an annual basis bottomed in early 2015 and has been climbing ever since and is currently well above the Fed’s “target” rate of 2.0% at 2.8%.

During the “Great Inflation” that lasted into the early 80’s, the Fed ignored the reality of the unemployment rate, and inflation soared over 12% (see chart below):

Now, the Fed seems to be repeating history while ignoring the multi-faceted reality right under their noses.

So it’s entirely possible inflation could soar again, and show us all that the inflation “behind the curtain” is much bigger than it appears.

Wenzel even makes a stark prediction of a possible rapid spike in price inflation to the 5.0% range within the next 6 to 12 months. If it verifies, this tells us the U.S. is well on its way to repeating the 80’s.

And don’t forget, the Fed doesn’t like to report the “real” inflation rate that indicates the U.S. economy is already in a death spiral.

Not to mention the additional rate hikes already priced in.

So make sure you always look behind the curtain, no matter what any “Wizard” is telling you about U.S. inflation. If you don’t, reality might hit you hard.

Make Sure Your Portfolio is Ready for Reality

If hyperinflation that mimics the 1980’s hits the U.S. again, your money may not be safe. And it’s obvious from Powell’s odd speech that you shouldn’t blindly trust the Fed.

The possibility of extreme hyperinflation, like what is happening in Venezuela, always lurks behind the curtain. Even in an economy as large as the U.S.

So make sure your portfolio has a stable foundation that responds well to economic inflation.