You may have heard growing up that the path to a good salary was to become a doctor or a lawyer. It turns out that this conventional wisdom is right—at least partly. Our new visualization uses the most recent data from Glassdoor to illustrate the highest-paying jobs nationwide, based on median salary. 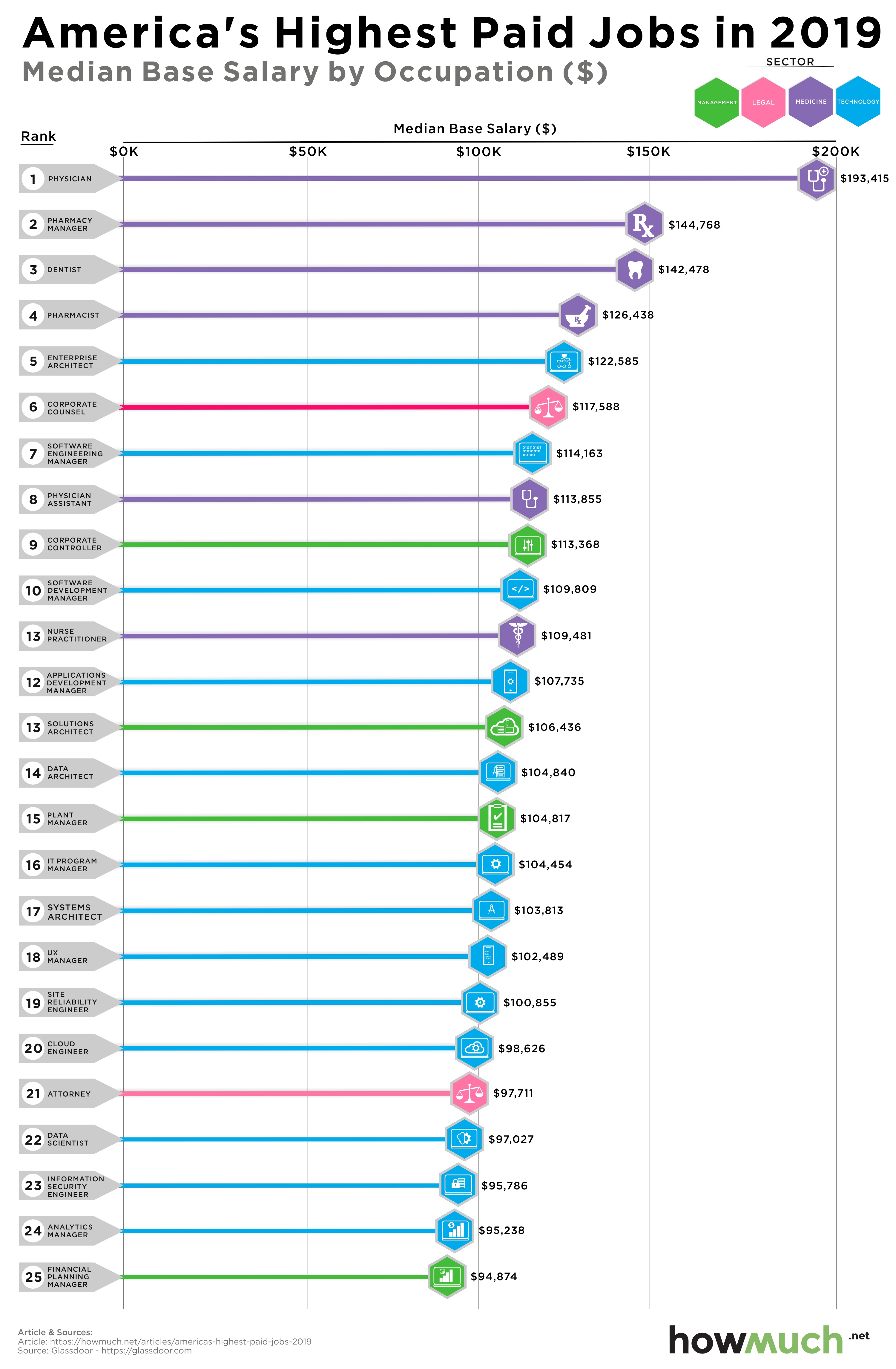 The information for this visualization comes from Glassdoor’s 25 Highest Paying Jobs in America report. The report’s methodology relies on data shared by U.S. employees about their compensation, collected from the period of July 2018 to June 2019. All job titles included in the final report received at least 100 salary reports during this time period. To calculate a median base pay that took into consideration factors such as location and seniority, Glassdoor used a proprietary statistical algorithm, grouped similar job titles, and eliminated C-suite level jobs from the analysis.

Our visualization charts each of the top 25 occupations by median base salary, with the highest salaries on the top and the lowest salaries on the bottom. The longer the line on the graph, the  higher the median salary. The colors also correspond to the occupation’s relevant industry, broken out into medicine, management, technology, and law.

These jobs might pay a lot of money, but is job stability at risk if a global slowdown strikes? Maybe. The U.S. unemployment rate is still at record lows, but the number of job openings nationwide is starting to slow down. Some occupations, such as factory workers, are especially vulnerable to layoffs as the trade war with China drags on. The threat of automation also looms large, as robots are poised to replace the jobs that are highly reliant on technology (a significant portion of the top 25 list). However, jobs that require human interaction, such as those in healthcare, management, and education, are far less likely to be replaced by robots.

How do you think broader economic or technological trends will affect salaries and job demand? Do you think the highest-paid jobs will change over the next decade, and why? Please let us know in the comments.