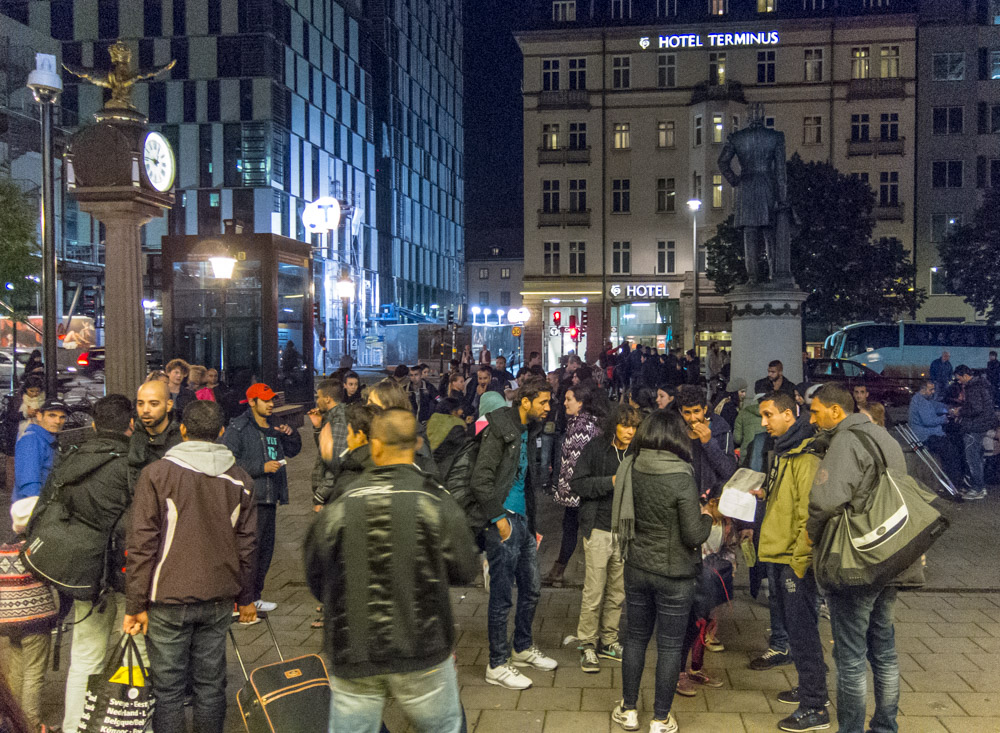 More than 35,000 unaccompanied children turn up in Sweden each year* (2016 figures, rising from around 400 per year during the Iraq war) Many face dangers from child rapists, drug dealers, pimps, Gangmasters and Jihadists (in fact, Swedish government programs were infiltrated for Jihadi recruitment according to the Swedish government). Children of all ages arrive in Sweden, predominantly fro Afghan and Somalia (followed by Syrians, Ethiopians and Iraqis), mostly boys.
the cost of care for each child is £160 per day. So just the cost of last year’s children who arrived totals more than £2 trillion per annum (£160 x 35,000 children x 365 days). Sustainable? More than 1000 children have simply disappeared, and the police have no resources nor ability to investigate.
So President Trump spoke about “What’s happening last night in Sweden. Sweden! Who would believe this? Sweden!” and apparently it’s all made up.
The Washington Post wrote, “The influx of refugees has not come without problems in Sweden, but mainstream politicians and immigration experts say the criticism has been disproportionate.”
And the New York Times wrote, “Last Night in Sweden’? Trump’s Remark Baffles a Nation.”

The disgraceful fate of child refugees in Sweden is blight on a nation that prides itself as being a “Humanitarian Superpower”, that the media would attempt to play down the truly tragic events that are occurring daily (child rapes, child prostitution, drug addiction, children being blown up by grenades etc…) is just plain wrong.

The MSM are in full spin about the damages that have been inflicted on Swedish society through no fault other than the Swedish people’s generosity of spirit. Sweden has taken in a huge number of migrants and the effects have left the country reeling:

See also  Pfizer asks FDA for "emergency use" authorization of its upgraded Omicron mRNA injections in children 5 to 11 years old.

Par for the course, there will be the usual media spin that says “studies show” and “experts say” about how the situation “really” is in Sweden, and these will show that Trump is wrong. BUT, every article I have studied so far (and there have been many), eventually ties back to one study that shows figures up to 2001 ONLY. Here is the link, it’s in Swedish, but if you scroll through to the end there is an English language summary. Even here (in the heady days of the early 2000s), they acknowledge that crime and criminal offences are deeply balanced towards the migrant communities.
To use this as an opportunity NOT to cast light on an all too ignored situation (Swedish officials have stopped counting migrant crimes among the national statistics), is a disgrace, to instead try and make small of the situation as an excuses to bash Donald Trump is horrendous. They should hang their collective heads in shame.

* This number actually represents those who registered, not necessarily those who arrived. It may either decrease or increase the overall number depending on whether minors arrived the previous year and didn’t register, or more minors arrived than the 35,000 and have yet to register. If we assume the decrease = minors don’t register in their first year, therefore, there may be more already arrived that will not register until next year (or later).

7 thoughts on “Children in Sweden Abused, Trafficked and Missing; But Apparently “Donald Trump is Wrong”?”