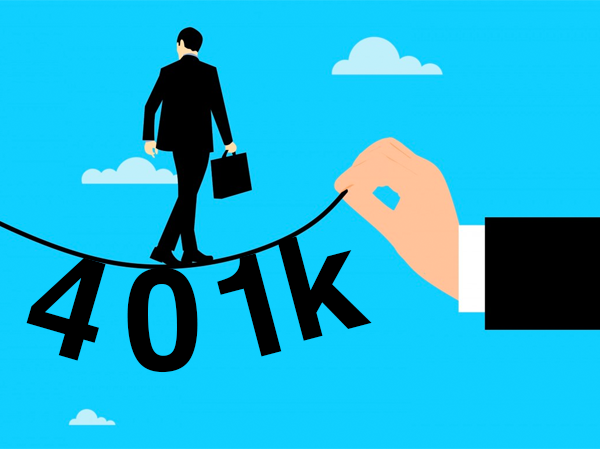 In June 2018, the White House let a piece of legislation known as the “fiduciary rule” drop, according to Bloomberg:

The “fiduciary rule” is officially dead. The Labor Department rule, conceived by the Obama administration, was meant to ensure that advisers put their clients’ financial interests ahead of their own when recommending retirement investments.

The idea behind this rule was to prevent financial advisors from recommending investments they were incentivized to promote. It would instead encourage them to suggest investment opportunities in the best interests of their clients.

According to another Bloomberg piece, by dropping the legislation, questionable investments “soared” (emphasis ours):

So did the rule’s demise benefit Americans by empowering them to “make their own financial decisions,” as Trump indicated he wanted to do? The evidence suggests not. Sales of potentially questionable investment products have soared, and retirees stand to end up billions of dollars poorer.

So it would appear that, on top of the numerous other challenges retirees are likely to encounter, they could also lose billions of dollars thanks to this change in legislation.

And if that weren’t bad enough, Congress could make things even worse.

A Deeper Look Into the SECURE Act

Congress may soon pass something known as the SECURE Act. The idea behind this Act is noble: to enable access to 401(k) plans that a number of future retirees don’t have. Sounds good on the surface, but it could put your 401(k) at risk.

Underneath the political “pie crust” of good intentions and marketing is an uncertain reality for retirees. This legislation opens the door for annuities to potentially enter your 401(k). And not just the “typical” annuity, according to Ethan Schwartz:

Many annuities sold in the U.S. are complicated, overpriced products with payments determined by sometimes deceptive formulas that even sophisticated investors struggle to understand. Worse, the legislation specifically frees 401(k) providers from any hard obligation to pick the lowest cost products, allowing them wide leeway to consider a range of factors.

So not only does the SECURE Act appear to allow a dangerous type of annuity to potentially gain entry to millions of 401(k) plans, but it also seems to ease liability for 401(k) plans that may include one of these dangerous annuities.

Oddly enough, according to Schwartz, three of the largest organizations (FMR, Mass Mutual, and the NAIFA) that support or manage annuities are also the largest supporters of the Congressman that proposed the SECURE Act.

That may just be a coincidence, but it may not. And that alone should raise huge questions about whether this legislation may have a political favor to the annuity industry “tucked inside it.”

As with any investment, It’s important to understand how it works, what it costs and how it fits into your overall financial plan.

The main concerns retirees should investigate for themselves if their 401(k) starts to include a flood of annuities are fees and whether the annuities are variable, fixed, or the rarer indexed annuity.

One potential problem lies in the fact the “upside” of annuities can be over-hyped and confusing. Not to mention other annuity risk factors to consider like cost and inflation.

The bottom line is, by allowing annuities into your 401(k), the SECURE Act may cause more problems than it will solve.

Take Back Control and Create Your Own Secure Retirement

A safe and secure retirement continues to appear more difficult to obtain.

Social Security is only designed to replace about 40% of your income earned, on average, and public and corporate pensions both have obvious risks.

And now, the SECURE Act may toss another “wrench” into the machine and present another set of challenges. It’s critical to start making your portfolio as resilient as possible.

Creating a savings plan of your own and diversifying your assets are good places to start. Having assets such as physical precious metals in your portfolio can add much-needed security to your retirement plan and give you control over your financial future.