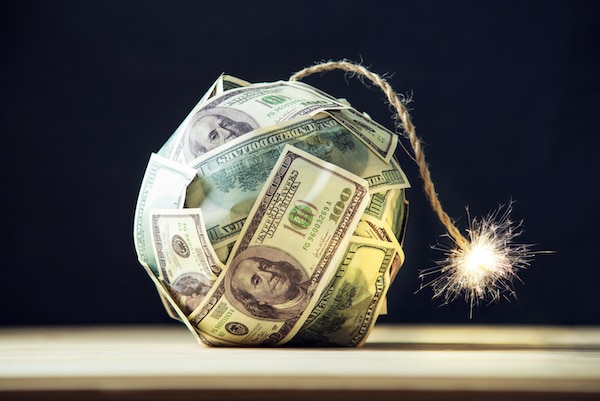 It is only a matter of time before Kiev surrenders to the Russians, with or without their clown-car president signing the armistice. But that deal will be so onerous from Washington’s perspective that it will not mark the end of the sanctions war, but will be an excuse for its actual intensification and indefinite prolongation.

When that becomes the reality, however, inflationary hell will break out all over the place. And the Fed’s decades-long experiment in egregious, inflationary money-pumping will splatter ignominiously all over the Eccles Building (Fed headquarters).

It now appears that commodities markets have been so drastically roiled by the action to date that Washington’s war on the global trading and payments system is now open-ended and can theoretically go on for years. 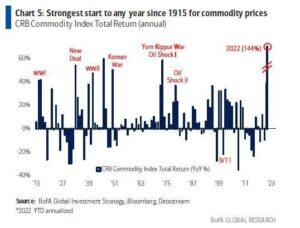 That’s because the Russian-loathing, Putin-demonizing Dems now in charge of policy in Washington cannot even see straight when it comes to the real issues of the conflict.

There is absolutely nothing wrong with partitioning Ukraine and Crimea, nor with Putin’s proposed new security arrangement that would have NATO move its missile bases to the pre-1999 status quo and the re-garrisoning of US and Western military forces to the old NATO territories.

But these plausible solutions are so far removed from the war fevers now raging on the Potomac that there is no chance of Washington embracing a negotiated solution to the Ukrainian war. It will actually take a historic GOP sweep in the 2024 elections to clear the decks of Putin/Russian demonization, and even that would not make a difference if the blood-thirsty neocons and military hawks retained control of the GOP.

Meanwhile, just like that, the price of oil recently hit $130 per barrel. 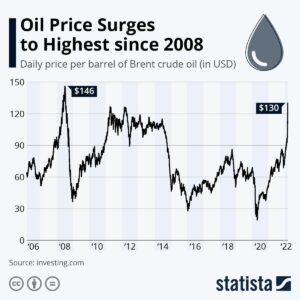 Double-digit inflation is now guaranteed and it will be long-lasting.

That’s because the Fed is occupied by what amounts to anti-Volckers. These group-think addicted Keynesian crackpots are clueless about the dire inflationary fires now raging and are still buying bonds (QE) and planning only tepid 25 basis point rate increases when actually hundreds of basis points of rate increases are needed ASAP.

Here is just one example. Nickel spot prices are up nearly 5X, and this is merely illustrative of the inflationary firestorm now gathering a head of steam. 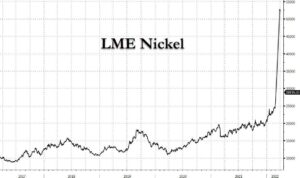 Wheat prices have skyrocketed more than 60% recently as the war effectively shut off more than 30% of the world’s wheat supply, which ordinarily trades out of the Black Sea ports for Ukraine and Russian producers.

The commodity, in turn, is used in everything from bread to cookies and noodles. Accordingly, those soaring upstream costs will rapidly work their way down the processing pipeline until they arrive on the grocery shelves. When? Just in time for American consumers to be paying $6 per gallon to drive to Kroger’s to pick up an inflated-priced loaf of bread.

And there is far more to come.