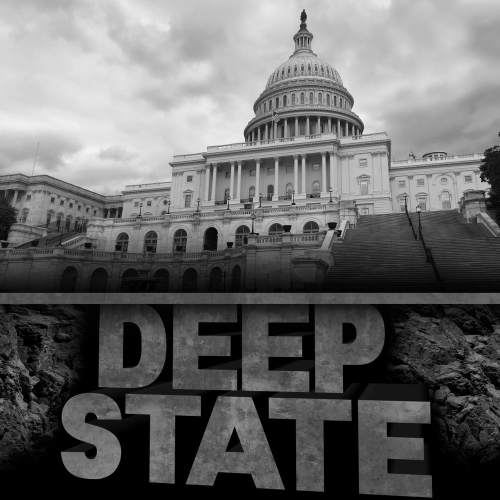 The Deep State is just getting deeper, yet like an onion, the layers are slowing peeling away to expose the core. Members of Congress filed impeachment motions against Deputy Attorney General Rod Rosenstein and now many are calling Trump to fire him after reports surfaced that he discussed invoking the 25th Amendment and suggested wearing a wire during encounters with the president. That is a direct violation of National Security. Rosenstein, who oversees the special counsel investigation into Russian interference in the 2016 election, has become the target of House Republicans who filed articles of impeachment against him in July. It is becoming painfully obvious that Mueller’s entire investigation under Rosenstein is corrupt and has been intended to overthrow an elected president.

Rosenstein is clearly becoming a major player in the Deep State behind the coup targeting Trump because they are abusing their power to enforce their own political philosophies if not just trying to protect the swamp.

The New York Times report that Rosenstein called for wearing wires to meet with Trump has been met with an unusual degree of people on the Hill beginning to understand that there is really a coup underway by the Deep State. At this point, Rosenstein should be immediately suspended at the very least and a special prosecutor should be appointed who was NOT a former employee of the Department of Justice, FBI, CIA, or NSA or any other capacity whatsoever. This is a serious development for it really does not matter who is president. If this is allowed to become precede3nt, then the Deep State can remove ANY president who they personally dislike. That is an overthrow of the Constitution and the end of democracy altogether.

Of course, there are people who just hate Trump and want him gone at any cost. They cannot separate the person from the position. They think this is a popularity contest with all smiles like Miss America who prays for world peace before she goes to sleep every night. What they fail to comprehend is that to stand by and allow this to take place means that Trump may, in fact, be the very last President to be elected – end of story!

Any president who dares to offend the Deep States will be gone in the future if this is allowed to continue. This is looking more and more like the last days of Rome with puppet emperors ruling as the real power lurks behind the curtain. Do we really want a system where retaliation will be the creed if the next president is a Democrat? This is not about Trump the person – it is about the office of the President and how it has been degraded globally. Why should anyone trust America if it cannot trust itself?

Many people write in and say they cannot support Trump publicly since they are immediately attacked by others. A policewoman in Massassachusets rammed into the back of a car because the driver had a Trump sticker on the back. This has been going on since 2016. People with Trump stickers have been harassed on the road in many parts of the country. The hatred is just unprecedented and it will lead to major civil unrest in the years ahead. This will be why the computer will be correct forecasting the break up of the United States.

Trump is the 45th President, however. he is the president during the 57th term rather than counting people. We will reach term 62, twice Pi, in 2032. Trump could be the last democratically elected president. From here on out, it could be more what Joseph Stalin boasted – elections are not decided by the votes, but who counts the votes.