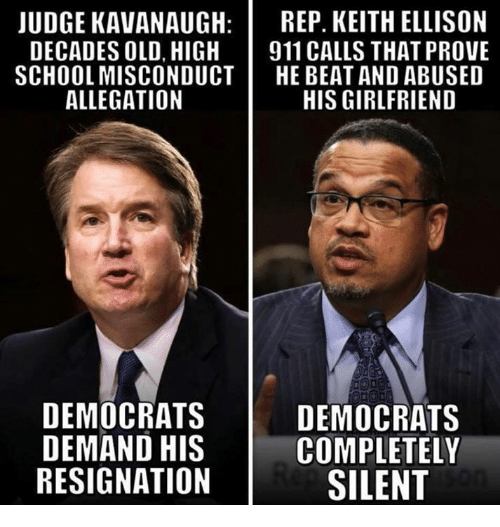 Republicans need to stop kowtowing to this BS. It just encourages the leftists to run the same play next time. Treat these people like adults, stop coddling the alleged victim – produce evidence or shut up. Just like any other case in America. I don’t get to demand that the FBI investigates my traffic ticket before I show up in court. The government is entitled to see your evidence.

This is a transparent game. To play it is to lose. Grow a backbone Republicans.

HIGHER EDUCATION BUBBLE UPDATE: Georgetown prof: ‘Kreepy Kavanaugh,’ ‘GOP doesn’t care about women…F*** them.’ But here’s the best part: “Update: Dr. Fair responded to Campus Reform’s story about her previous Twitter comments after publication by personally attacking the reporter of this article. Fair also tweeted political talking points regarding Judge Brett Kavanaugh, the sexual assault accusations against him, as well as her political disagreements with President Donald Trump. Fair did not take issue with the accuracy of Campus Reform’s article.”

See also  Forget About the Economy, This is How You Know a Bubble is Bursting