Despite the ups and downs, the #StockMarket is now flat for a year and there is plenty more air below pic.twitter.com/fjEf0XLfCu

Normal person: “What about the #bearmarket that comes every five years for the last 120 years? Aren’t we nine years without one?”

While #earnings #growth is still high at 22 percent so far this quarter, the amount by which S&P 500 index companies are beating analyst estimates is nearly half of what it was during the first quarter, according to Refinitiv data.

If you’re one of the millions of investors holding individual stocks in the S&P, the last month has been as harrowing as any in at least three years 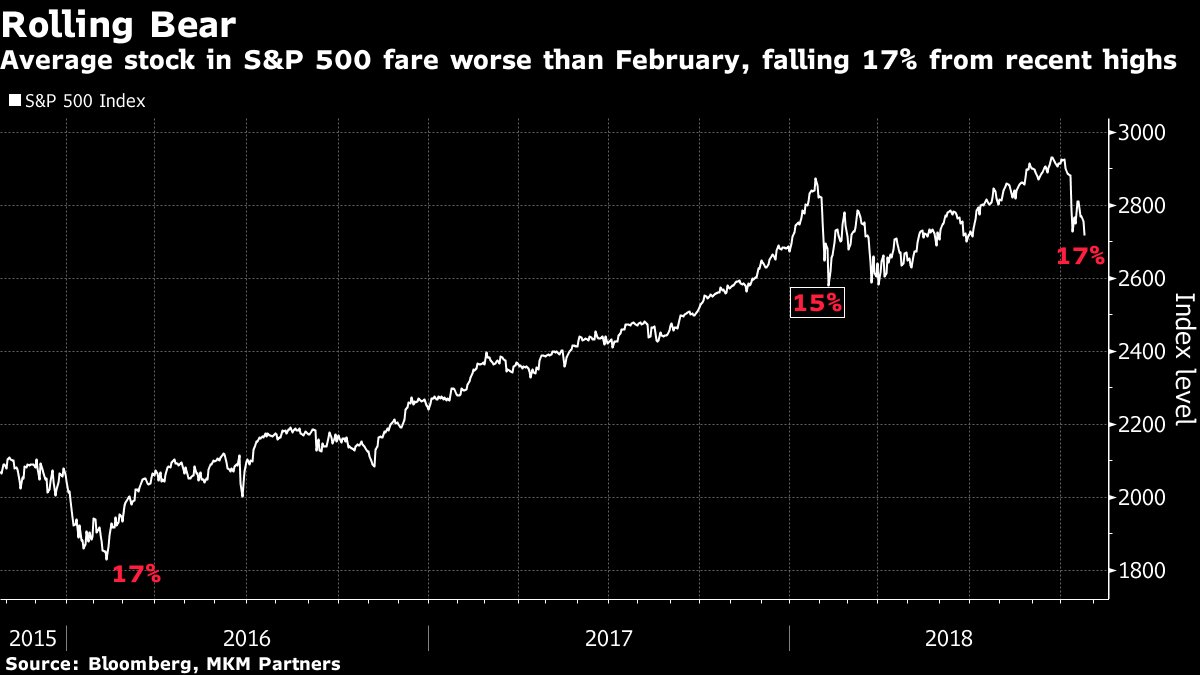 Middle Class Destroyed: 50% Of All American Workers Make Less Than $30,533 A Year

The middle class in America has been declining for decades, and we continue to get even more evidence of the catastrophic damage that has already been done.

According to the Social Security Administration, the median yearly wage in the United States is just $30,533 at this point.  That means 50 percent of all American workers make at least that much per year, but that also means that 50 percent of all American workers make that much or less per year.  When you divide $30,533 by 12, you get a median monthly wage of just over $2,500.  But of course nobody can provide a middle class standard of living for a family of four for just $2,500 a month, and we will discuss this further below.  So in most households at least two people are working, and in many cases multiple jobs are being taken on by a single individual in a desperate attempt to make ends meet.  The American people are working harder than ever, and yet the middle class just continues to erode.

The deeper we dig into the numbers provided by the Social Security Administration, the more depressing they become.  Here are just a few examples from their official website…