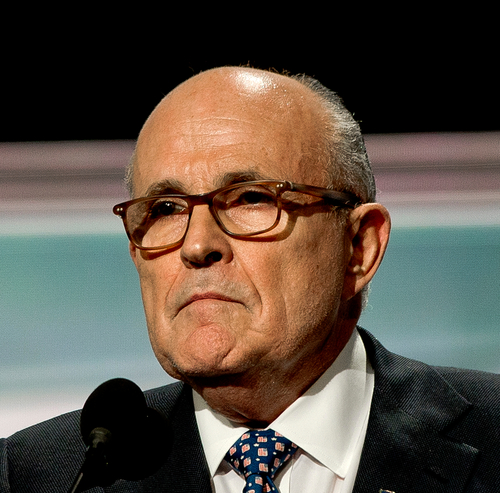 Rudy Giuliani, Trump‘s lawyer and former mayor of New York, says Julian Assange of Wikileaks should not be prosecuted and compares his work to the Pentagon Papers.
Kind regards,
MS

REPLY: I totally disagree with the attempt to prosecute Julian Assange of Wikileaks or Snowden. The argument for his prosecution is based upon this notion that the documents are stolen and therefore should not be protected by the First Amendment. This interjects the very problem that Thomas Paine wrote in his Common Sense. The government is NOT the legal sovereign of the nation – that is the people. Therefore, any document that the government may have does NOT belong to it, for the government is a representative of the people. Anyone who obtains a document from the government and publishes it which demonstrates the government is acting illegally cannot be TREASON or a crime. I am offering a moral opinion. No federal judge would rule in that manner for their job is to defend the government against the people.

But be that as it may, there is no such thing as a power of inherent sovereignty in the government of the United States. It is a government of delegated powers, supreme within its prescribed sphere, but powerless outside of it. In this country, sovereignty resides in the people, and congress can exercise no power which they have not, by their constitution, entrusted to it; all else is withheld.

READ  This is NOT a drill: Countdown to mass FAMINE has begun, and people you know will starve and die
READ  Visualizing the State of Government Debt Around the World (Update, 2021)
672 views