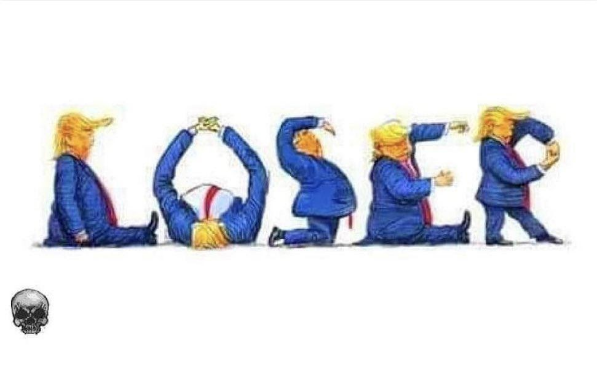 During an exclusive interview with Fox News host Sean Hannity, former president Trump admitted that he lost the election in 2020.

I cannot imagine something more cowardly from Trump than admitting to Hannity that he has lost the November 20th election.

In case someone claims this was taken out of context, here’s the full clip and I would encourage you to watch it. He literally meant what he said, there’s no way around it.

Trump never said that before.

Basically, he is now a total cuck, as he’s retracting former statements about mass election fraud and admitting defeat.

This is both pathetic and sickening. It has been this way since January, following the Capitol riots, when he started his apology tour after betraying the MAGA movement.

See also  Trump's Appointees Helped Cause the War in Ukraine

Trump was great in 2015 and 2016, but since, it has gotten worse and worse, and now this, stabbing everyone in the back, refusing to say Ashli Babbitt’s name, calling his supporters violent terrorists, not to mention shilling the vaccine and promoting kosher/deep state candidates and policies, and now saying that he lost the election, it’s too much.

He’s gone too far and he has to go.

It’s obvious that Trump doesn’t care about his legacy, as he’s a narcissist and everything he cares about is to be in the center of attention.

One of the most important things about the Trump legacy was the huge number of votes he got in 2020, but now he went out and countered that too.

Maybe the best thing about the Trump phenomenon was that it proved to the normiest of normies that there’s no political solution and it doesn’t matter who you vote for.

This is America’s future: