DoubleLine Capital’s Jeffrey Sherman believes the August rush into Treasurys may have been overdone and said that those worried over a potential economic slowdown in the U.S. may be better served buying gold.

Sherman, who serves as DoubleLine’s deputy chief investment officer, said in an interview with CNBC.com that following others into long-duration Treasurys could backfire if yields start to reverse course.

“Although there was this big momentum rally, they tend to come in bursts. And usually when you have these big movements, the bond market — like the stock market, like the credit market — tends to overshoot in both directions,” Sherman said on Friday.

“We’re not convinced that if we have a recession today the bond market rallies significantly from here,” he added. “That’s always the assumption, but we have rallied a lot and there is a lot of negative news priced into the rates market.”

The fixed income investor’s comments last week came in the aftermath of one of the largest risk-off pivots since the beginning of the bull market. The yield on the benchmark 10-year Treasury note, a barometer for auto loans and mortgage rates, fell more than 50 basis points in August and threatened to break below its all-time low clinched back in 2016. 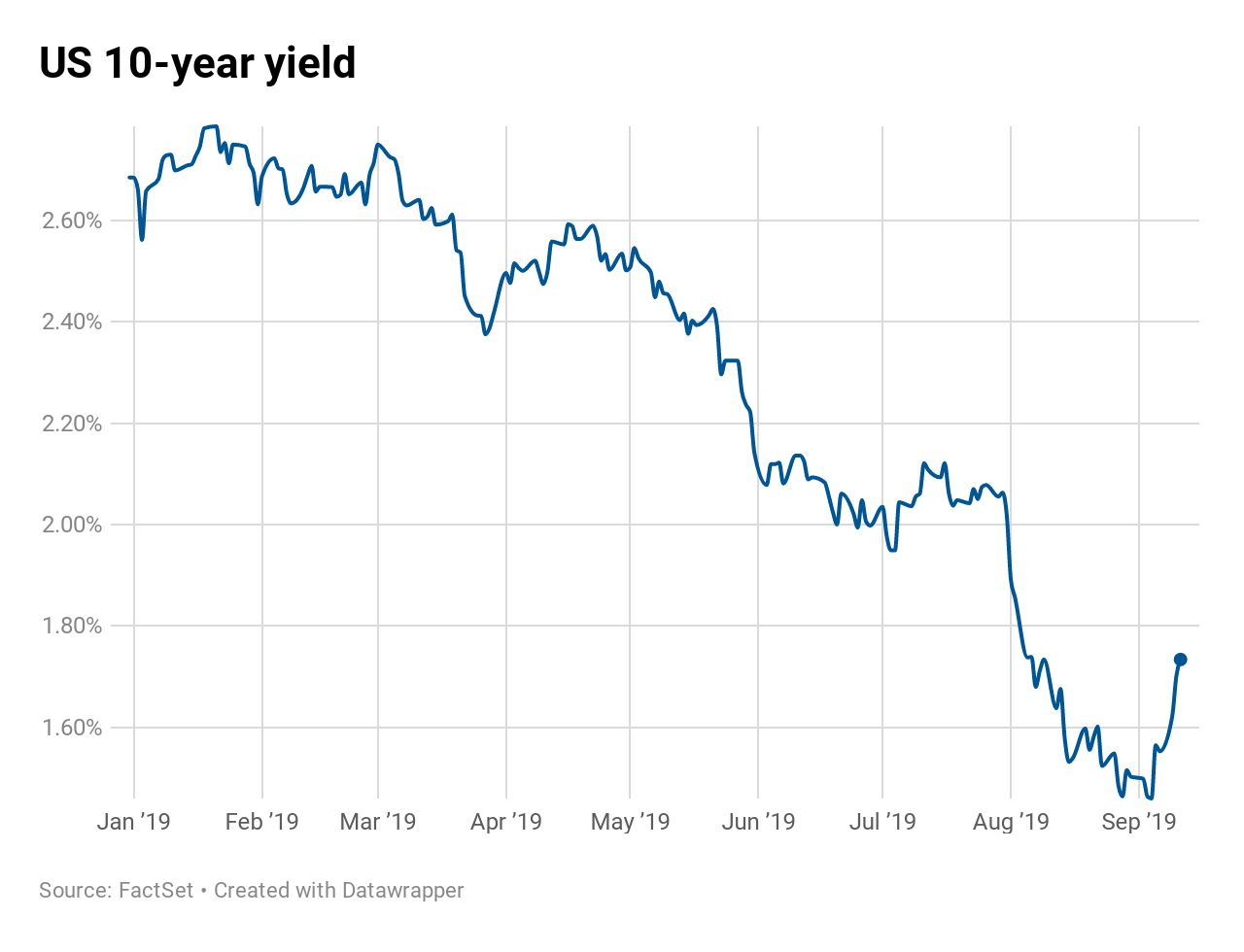 But yields have rebounded since the start of September as a pause in the U.S.-China trade vitriol that dominated market headlines last month gave way to more upbeat commentary from both Beijing and Washington. Talks between the two nations are set to resume at high levels in October.