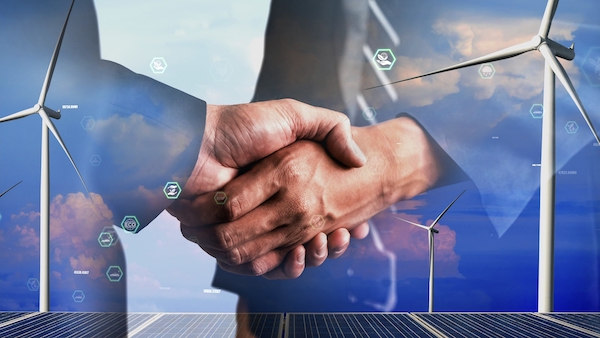 International Man: There’s no doubt that the carbon credits racket will be a drag on the economy. What do you think will happen, and is there anything you can do about it?

Doug Casey: As we discussed last week, having to buy carbon credits—carbon offsets—amounts to an onerous tax. They will result in much less efficiency in creating new wealth, much less wealth in general, and a much lower standard of living for the average human than would otherwise be the case. It will set back science and technology by decades. So that’s the bad news.

The good news is that no matter what happens, it’s possible to profit from trends, including this very adverse one.

For instance, if the stock market crashes, it’s a very bad thing for most people. But it can be a very good thing for a very small number of people who position themselves to take advantage of it. That’s the way I see this thing. Overall, it’s stupid and destructive, but it’s possible to turn a lemon into lemonade.

International Man: As an experienced speculator who has spent decades profiting from government-created distortions, what profit-making opportunities do you see evolving from this distrubing trend?

Doug Casey: Relatively few, quite frankly, because the whole “carbon neutral” scam is going to reduce the amount of net wealth in the world significantly from what it otherwise would be. But so far, I’ve made meaningful investments in two separate new companies that are in the carbon streaming and royalty business. I believe in putting theory into practice. There’s no question in my mind they’ll become a big deal in these days of ESG, Greenism, and zero net carbon.

The whole carbon neutral concept is as scandalously stupid as Tulip Mania. But there are going to be hundreds of billions of dollars annually that will be misallocated into the area. In order to help keep my head above water during the Greater Depression, I’m positioning in companies that are capitalizing on the trend.

You and I may not like the trend. But it’s important to recognize it and make it your friend. Don’t try to run up on an escalator that’s going down. Don’t be a salmon swimming upstream; they all come to a bad end.

It’s like investing in armament stocks. I don’t like the idea of armaments companies—although it’s become fashionable to call them “defense” companies. But over the last couple of decades, they’ve been a fantastic place to be. Just because you don’t like a trend doesn’t mean you shouldn’t profit from it.

Similarly, you may not like tobacco, but tobacco stocks have been a fantastic place to be over the last couple of decades. Whether you invest in them or not, trends exist.

I think “going green” is a major trend. Insurance companies, pension funds, and brokerage firms will all be investing in anything ESG, PC, Green, or carbon neutral and beating the drum for them. And the average nebbish out there is going to join the party because he thinks he’s doing the right thing.

At the same time, however, I’m buying oil stocks because, as I’ve pointed out before, back in 1980, oil stocks were about 30% of the value of the S&P 500. Up until very recently, they were less than 3%. They’ve collapsed in price, but oil will remain critically important for decades to come, especially in the Second and Third Worlds, which couldn’t care less about fashionable Western notions. They correctly see the West as being in terminal decline, with Biden as an appropriate leader to preside over its demise.

Let’s not forget about coal stocks. Nobody wants to own them. Magazine covers, acting as the perfect contrary indicator, crow about the death of the industry. Most of the coal companies are bankrupt, but coal is making a comeback in the days of severe energy shortages. And nuclear is in the same class. I’ve always been a huge fan of nuclear because it is by far the safest, cheapest, and cleanest form of mass power generation.

In other words, I’m playing this from both ends by both buying carbon royalty and streaming stocks and conventional so-called dirty energy stocks, which are their polar opposites. Nobody cares about conventional energy stocks. The public thinks they’re evil and woke fund managers hate them. At the same time, most people don’t even know that carbon neutral stocks even exist … there are very few out there so far.

International Man: As a libertarian and anarcho-capitalist, what do you think about speculating on a new sector or opportunity that runs contrary to your views?

Doug Casey: Well, you have to separate your personal views from those of the market.

I’ve lost money in the past by conflating the two things. The market doesn’t care what I do with my money. Libertarians and anarcho-capitalists aren’t even a rounding error when it comes to the influence on what the market does. Your primary obligations when speculating are to save yourself and become as wealthy as possible. Then, if you want to fritter away your capital later by making an ideological statement or chasing rainbows … that’s your prerogative.

The market itself is value-free. It doesn’t know what you think is moral, and it doesn’t care. Likewise, it makes no moral judgment on what the greens think is right or wrong; it doesn’t care. It only registers whether there are more buyers or sellers. The greens are riding the wave of history at the moment, and they think it’s going to last forever. I dislike them intensely, but I’m happy to ride the same wave. I just plan on dismounting before it crashes on the rocks and drowns most of them. Which I think it will.

Remember that being a libertarian doesn’t mean you have to self-immolate to make a point. Rather the opposite. I suggest that you make the trend your friend, not your enemy.

That’s why I’m doing what I’m doing in these sectors.

Editor’s Note: We’ve seen governments institute the strictest controls on people and businesses in history. It’s been a swift elimination of individual freedoms.

But this is just the beginning…

Most people don’t realize the terrible things that could come next, including negative interest rates, the abolition of cash, and much more.

If you want to know how to survive what the central bankers and the Deep State have planned, then you need to see this newly released report from legendary investor Doug Casey and his team.