Here’s even more of this bullshit! :

We don’t have money to spend on our own school systems, but don’t worry Egypt, we got you covered!

You want to know real waste this should give people reading this a taste.

The icing on the cake, Border Security Funding!!!

I found it! I found it! Border security, what President Trump wanted!

no . . .wait a minute section says Defense can spend what funds it determines to enhance the border security of Jordan, Lebanon, Egypt, and Tunisia

I found it! I found it! Border security, what President Trump wanted!

no . . .wait a minute section says Defense can spend what funds it determines to enhance the border security of Jordan, Lebanon, Egypt, and Tunisia 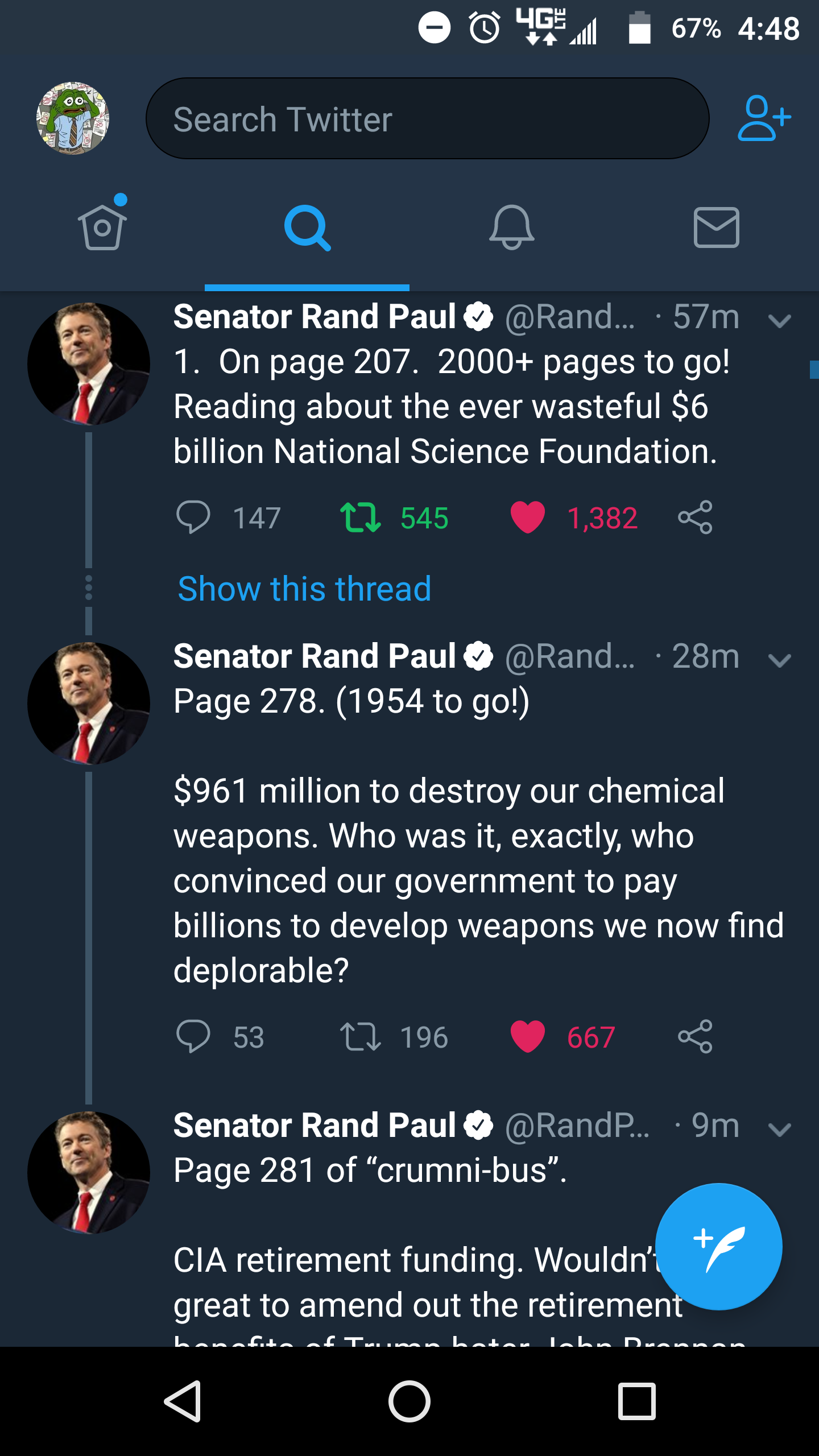 US Congress Passed the CLOUD Act, Ignoring Most Privacy and Human Rights Concerns

Today, with a vote of 256-167, the House of Representatives passed an omnibus spending bill (H.R. 1625) that was required to prevent another government shutdown. Tucked into the very back of that bill was the CLOUD Act, which would enable the U.S. government to obtain communications data regardless of whether it is held inside or outside of the United States. The CLOUD Act would also create an exception to the Stored Communications Act (SCA) to allow qualifying foreign governments to enter into an executive agreement to bypass the human rights protective Mutual Legal Assistance Treaty (MLAT) process when seeking data in criminal investigations and to seek data directly from U.S. technology companies.

Fails to require prior judicial review of foreign governments’ surveillance orders despite new language that was added;

Permits foreign government to ask companies to engage in real time intercepts (wiretaps) of their users’ communications under standards that fall below those required of the U.S. government under the Wiretap Act;

Does not define “serious crimes” in specifying what crimes foreign governments may use the MLAT bypass process to investigate;

Provides inadequate protection for Americans’ privacy if their data have been incidentally collected by a foreign government;

Fails to include an update to the SCA to require the government to obtain a probable cause warrant before demanding the contents of communications that are over 180 days old, as similar bills like the LEADS Act and ICPA did; and

Fails to prevent foreign countries from attempting to demand — outside of this new process — that U.S. companies create encryption backdoors, and it does nothing to prohibit foreign governments that are party to these agreements from imposing data localization mandates on U.S. companies.