by Daniel Carter
When many people think about the ongoing culture war in the Western world, they often think of it as a war between left and right, or between liberals and conservatives. As the political environment becomes more complex, these traditional labels lose more relevance. The line between the two major political movements has blurred, which means someone that may have been a political foe in the past may be an ally today. This change is due to the large increase of political polarization we’ve seen over the past several years.
A portion of the right has gone so far right that it has alienated many moderate and libertarian conservatives. This far right movement is based on ideas such as white supremacy, ethno-nationalism and authoritarianism. One of their leaders, Richard Spencer, even advocates for socialism. The far right’s love for identity politics and restrictive economic policies makes them more like today’s leftists.
A much larger portion of the left has become consumed by bad ideas. Neo-Marxism, postmodernism, identity politics, anti-free-speech, violence as a political tactic and the list goes on and on. Their groups consist of Antifa, Black Lives Matter, 3rd Wave Feminists, Democratic Socialists and The Resistance. Their adoption of authoritarian ideas has been immense.
This extremism has many people from the right and left (many more from the left) running toward the center. New alliances are forming. Now, conservatives, libertarians (left and right), classical liberals, anarcho-capitalists, centrists and even some progressives are grouping together to oppose the enemies of The Enlightenment.
The Enlightenment was a philosophical movement in the 18th century that came on the back of the Scientific Revolution. Some of the ideals that sprang out of The Enlightenment were reason, liberty, progress, tolerance, constitutional government, market economies and the separation of church and state. This movement valued the discovery of truth through free speech and free thought, which is why Enlightenment philosophers stressed the importance of individual autonomy rather than tribes, religions and political authority. These ideals eventually spread throughout the Western world and laid the groundwork for the freedom and prosperity that many people take for granted today.
The Enlightenment’s greatest success story came in the form of the United States of America. These ideals can be clearly observed in the US Constitution and Declaration of Independence. If you live in the west – especially America — you are lucky to have had philosophers and founders that understood the importance of personal freedom and other Enlightenment principles. The US has become one of the freest and the most prosperous country as a result.
As the world has continued to adopt these more humanistic and scientific values, the world has continued to dramatically improve. As I mentioned above, economic freedom is a very important idea that came out of The Enlightenment. Look at the chart below to see what market-based solutions – instead of top-down economic control – has done for the world’s impoverished. The share of the world population has dropped from over 80% to less than 25%.
s3.amazonaws.com/content.washingtonexaminer.biz/web-producers/033015Global-poverty-chart.png
We can also see that the humanism inspired by The Enlightenment has made us much less cruel to each other. Execution rates in the US territories have plummeted as Enlightenment ideals have taken hold. I’m not arguing that the death penalty is unjust or anything like that, but these ideals have gotten us to value life a whole lot more. 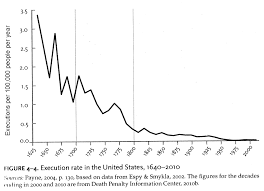 These are just some of the metrics that can be used to judge the effectiveness of The Enlightenment. It does not account for all the prosperity, but it definitely seems to have dramatically sped up the process. Unfortunately, the ideals that have brought us so far are now under attack by political ideologues. Some of these enemies of Enlightenment are on the far right, as I mentioned earlier. However, the greatest enemies of these ideals are mainstream leftists.
We can think of their ideologies as identity politics, neo-Marxism and postmodernism. These ideas reject reason and objective truth. Instead of wishing to build a system that compliments human nature, they take on the impossible task of getting rid of human nature. These ideas value groups (race, religion, gender, political etc.) over individuals. These bad ideas most closely resemble the fascist and communist movements of the 20th century, which led to the deaths of over 100 million people.
So, the culture war in the Western world isn’t left vs right, or liberal vs conservative. The true culture war is The Enlightenment vs neo-Marxism, postmodernism, identity politics and authoritarianism in general. It’s between people who use reason and people who resort to feelings.
As we saw last century, this culture war has the possibility to turn into outright devastation. Because our enemies do not accept open dialogue and objective reality, it becomes almost impossible to communicate with them. Once communication ceases to exist on the most important issues of our time, violence will ensue. Our only hope in avoiding violence is to use our free speech and reason to convince the millions of people sitting on the fence that we are on the right side of history. That is no easy task, but the identity of the nation and the Western world is at stake.

1 thought on “Enemies Of Enlightenment”