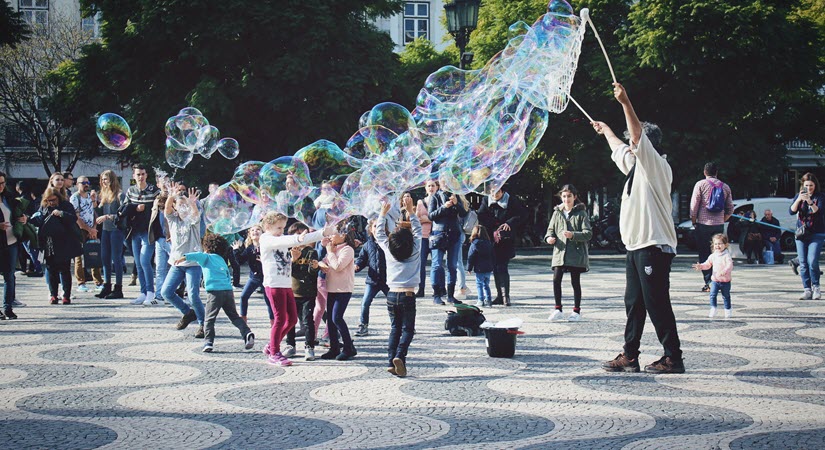 If you pay any attention to financial news (or if you’re a regular reader of my columns), you’re probably familiar with the term “bubble.” We’ve seen the 2008 housing bubble, the dot-com stock bubble, some are referring to the recent collapse in bonds as the end of a bond bubble and so on.

These are all variations on a theme as old as markets, referred to as a speculative bubble. Economics Online defines this type of bubble as:

a sudden increase in the price of an asset, asset class, or industry due to mere speculation, not facts. It often happens when there is an overestimation of factors that may raise asset values, including growth projections and price appreciation. [emphasis added]

The same article also shed some light on seven signs to look for when trying to determine that such a bubble exists:

Most if not all of the red flags above are waving today, and have been for quite some time. With that in mind, the next obvious question is:

What stage of this speculative market bubble are we in?

Because well-documented speculative bubbles have occurred regularly over the last 600 years, they have well-defined phases.

The late Hyman P. Minsky wasn’t on your Christmas Card list. Unless you’re the kind of person who reads back issues of the Journal of Economic Issues to unwind after work, it’s unlikely you’ve even heard his name before.

And that’s a shame. Minsky’s “Theory of Financial Instability” includes five stages of a market bubble that are remarkably consistent throughout history. Minsky’s work can help us determine which phase of the current speculative bubble we’re in. In other words, how close are we to the end?

Here’s a summary of these five phases:

2. Boom: Prices rise slowly at first, but then gain momentum as more and more participants enter the market, setting the stage for the boom phase. During this phase, the asset in question attracts widespread media coverage. Media coverage spreads the story, attracting more investor attention and investor dollars. Note that booms can be sustainable, and can last a long time! The next step is where the trouble starts…

3. Euphoria: Caution is thrown to the wind, and asset prices skyrocket. During the euphoric phase, new valuation measures are invented to explain and justify the relentless rise in prices. Rational participants believe the “greater fool” will always be available to buy their overvalued assets, so they don’t worry about getting stuck holding the bag. When markets are euphoric, newly-converted speculators line up and pay a premium for the privilege of holding the bag!

In his masterful study of speculative bubbles Devil Take the Hindmost, Edward Chancellor describes the speculative mindset behind prices in the later stages of the infamous Dutch Tulip Mania of the 1630s:

Prices in the winter of 1636 could only be justified by the hope – not a rational expectation – that the tulip bulb could be sold quickly at a higher price to some ‘greater fool.’

4. Profit-Taking: By now, the smart money is heeding the warning signs, mostly selling assets and walking away with profits. But pinning down the exact time a bubble will collapse is virtually impossible, and extremely hazardous to one’s financial health. As John Maynard Keynes put it, “the markets can stay irrational longer than you can stay solvent.” So this profit-taking stage often turns into a push-your-luck game, with increasingly-daring but still rational investors poised to flee the market, one foot out the door, waiting for the perfect moment to sell their overvalued assets and flee into safe havens to wait out the coming carnage…

This is the critical moment, between profit-taking and panic. Bubbles don’t usually pop because of a single news story or cataclysmic event. Chancellor explains that, sometimes, all that has to happen is that today’s good news isn’t good enough. The last of the smart money flees. Just in time.

5. Panic: Asset prices reverse course and fall as rapidly as they rose. Investors and speculators, faced with margin calls and plunging values of their assets, are desperate to liquidate their assets at any price. Supply overwhelms demand, prices slide even more sharply, triggering a feedback loop that pushes prices down generally. Speculators are forced to liquidate their good assets as well as their bad ones – which is why, as Wall Street veterans say, “During a crisis, all correlations go to 1.”

I’m confident we are past stages one and two right now. Last year, the stock market mania around meme stocks like GameStop and AMC (among many others), coupled with historic levels of margin debt taken on by younger, Robinhood day-traders was probably stage three.

That would leave us at stage four or possibly five for this bubble. Has the “smart money” already left the market? Has the panic selling begun?

It’s tough to tell for sure. Remember what Keynes said. No one has a perfect record of pinpointing the tob of a speculative bubble (except in hindsight).

Having said that… Since January 4th of this year the stock market is struggling. The S&P is down some 15% at the moment, and the Nasdaq has dropped almost 25%, well into bear market territory. Even “safe-haven” bonds are struggling (the WSJ called this “the worst bond market since 1842”). All that could be the beginning of stage-five panic setting in.

Whether we’re at stage four, stage five, or halfway between, I encourage you to position your savings accordingly. Specifically, if you’re already uncertain, consider taking shelter in safe havens (before everyone else does).

Don’t get trampled on the way to the exit

Now is the time to consider your own financial big picture, before it gets erased by panicking speculators. Make sure you’re taking a level of risk you’re comfortable with.

Examine how your savings are allocated, and learn about the time-honored “safe havens” like physical gold and silver. It’s wise to do this sooner rather than later. Don’t go shopping for a fire extinguisher when your kitchen’s already burning! When speculators do begin to panic and stampede for the exits, don’t be surprised to see safe-haven investments skyrocket in price. This is one of those times when it’s better to act a month too early than an hour too late.