While many have noted the inversion of the 3m-10Y segment of the US Treasury curve, mainstream investors appear more focused on the spread between 2Y and 10Y yields… and that has just inverted for the first time since May 2007. 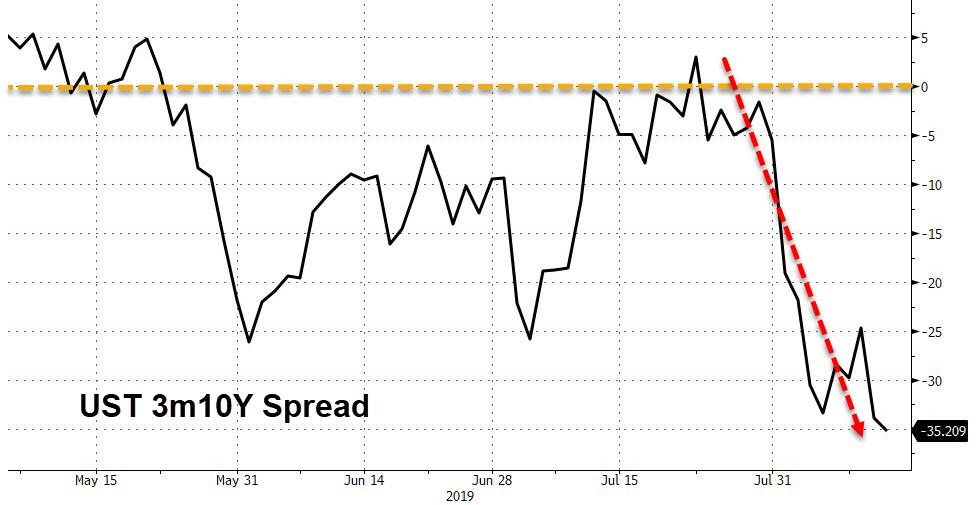 CRITICAL: Expect The Mother Of ALL Stock Market Crashes. By Gregory Mannarino

The U.K. yield curve inverted for the first time since the financial crisis in another sign that the global economy may be headed toward a recession.

The gap between two- and 10-year yields dropped below zero after the nation’s inflation unexpectedly rose above the Bank of England’s target of 2% in the year through July. Bond investors have been driving into higher yielding assets — typically those further out the curve — in recent months. The U.S. curve is also close to inversion, widely seen as a sign of an impending recession.

WSJ had a similar article.