Fascism, Communism, Marxism and Socialism are far closer bedfellows than practitioners would have you believe. Their pervasive influence has been felt in the U.S from nursery schools all the way to the White house. The historical ties between these ideologies are difficult to ignore, and they are still very much present in public life and policies for many of the world’s citizens. Fascism and fascists are in the corridors of power today, hopefully, President Trump can put a stop to them.
The Third Communist International (Comintern) met to discuss the factional break-up of various groups, in their meetings they decided that all enemies of their organization should henceforth be called “Fascists” in an effort to create and spread fear driven propaganda. And this is still the policy today. Stalin did after all join sides with Hitler. This one act of “naming” has led to huge general confusion (as disinformation is intended to do) about what each designation really stands for. In the interest of clarity, here are some broad brush defining factors of each group courtesy of Wikipedia:
Communism is an ideological and a social political movement. Its aim is to set up a communist society. This would be based on the common ownership of the means of production and the absence of social classes, money,[1][2] and the state.[3][4] No large society has ever achieved this. In the Soviet Union, for example, all ownership was taken by the State. In effect, this meant a small ruling elite took all the major decisions in a one-party state.
Socialism is an economic system where the ways of making money (factories, offices, etc.) are owned by a society as a whole, meaning the value made belongs to everyone in that society, instead of a small group of private owners. People who agree with this type of system are called socialists.[1] There are two ways socialists think that society can own the means of making wealth: either the state (government of the country) is used or worker-owned cooperatives are used. Another important belief is that management and sharing are supposed to be based on public interests. Socialists believe that everything in society is made by the cooperative efforts of the people.
Fascism appeared in Italy in the 1920s and developed fully in the 1930s.[5] Its supporters thought that democracy was weak and full of moral perversions, that multiparty capitalism was too materialistic and unfair to the people. Communism, although unifying and fair, did not care about the needs of the nation and hampered business initiative. The two first fascist leaders were Mussolini and Hitler. After World War II, fascism continued in the form of military dictatorships in Portugal, Spain,[6] Latin America and some parts of Asia.
Marxism supposes that class conflict within capitalism arises due to intensifying contradictions between the highly productive mechanized and socialized production performed by the proletariat, and the private ownership and appropriation of the surplus product (profit) by a small minority of the population who are private owners called the bourgeoisie. As the contradiction becomes apparent to the proletariat through the alienation of labor, social unrest between the two antagonistic classes will intensify, until it culminates in social revolution. The eventual long-term outcome of this revolution would be the establishment of socialism – a socioeconomic system based on social ownership of the means of production, distribution based on one’s contribution, and production organized directly for use. As the productive forces and technology continued to advance, Marx hypothesized that socialism would eventually give way to a communist stage of social development.

So to put it in briefer terms. They all believe in Big Government, everything by the State for the State,  and that power should be held in the hands of the few “experts” who will think only of their dear working classes.
Now let’s consider the Democrat Party. If you were to have a look at their 2016 platform, you’d see that (behind the Identity Politics box-checking), the aims are to move the production, quality and control of the job market into the hands of either the State or a State designated body. They aim for the Utopia of a fair society where we are all equal and look only to the state for redress. These platform promises are eerily similar to those promised by the Communists, Socialists, Fascists and Marxists.
If you’d like to know which present politician actually has proposed policies that are virtually indistinguishable from Mussolini’s, check out Liberal Fascism by Jonah Goldberg. (Hint: She recently lost an election to Donald trump). 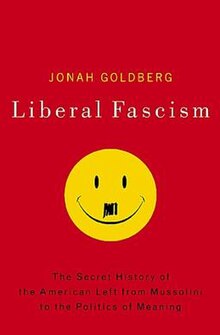 Fascism is alive and well in the U.S today, most people are just looking for it on the wrong side.

5 thoughts on “Fascism is Alive and Well in America, but it Has Been for Decades”