FBI Director Christopher Wray informed the Senate Intelligence Committee that Chinese intelligence operatives have infiltrated American universities, “whether its professors, scientists, students;” the FBI must launch surveillance operations from its fifty-six field offices to monitor the situation. Wray emphasized that China is determined to dethrone the United States as a global superpower through unconventional means. He framed the infiltration as both a governmental and a societal threat to the American empire.
On Tuesday, speaking before the Senate Intelligence Committee, Wray discussed the infiltration of Chinese operatives at America’s most prestigious academic institutions. Wray said the vast network of Chinese operatives are very concerning and requires participation from all of the FBI’s field offices across the country. Specifically, Wary stated that the FBI is “watching” programs at dozens of Confucius Institutes, funded by China’s Ministry of Education that are widely embedded within American universities and public schools to teach the Mandarin language.
The Confucius Institute program, which started operations in 2004, has been the subject of vast criticisms, concerns, and controversies during its international expansion. Many such concerns stem from the program’s close relationship to the Communist Party of China.
According to the South China Morning Post, some 350,000 Chinese students are actively enrolled at American universities, which is about thirty-five percent of the one million foreigners, said the Institute of International Education.
Wray describes China’s approach to weaken the U.S. from within. Its “nontraditional collectors” of intelligence and technology, have not just been in the business community of stealing patents but now the disease has infected academia.
“I think the level of naivete on the part of the academic sector about this creates its own issues. They’re exploiting the very open research and development environment that we have, which we all revere. But they’re taking advantage of it,” Wray said.
Over the course of a decade, China’s Ministry of Education through its proxy of Confucius Institutes has embedded itself into more than 100 public and private universities, colleges, and even high schools in the United States. What is even more astonishing is that several hundred more Confucius Classrooms teach Mandarin at elementary, middle and high schools across the country.
Wray said the U.S.’ innovation is the rationale behind why China has penetrated the country’s top schools. “Because America is the land of innovation, there’s a lot of very exciting stuff that’s happening in terms of smaller start-up companies,” he added.
The South China Morning Post says, Senator Marco Rubio of Florida, wrote a letter to five Florida institutions demanding for their Confucius programmes to be terminated.

Senator Marco Rubio of Florida wrote last week to five Florida institutions – Miami Dade College and the universities of North Florida, South Florida and West Florida as well as to Cypress Bay High School in Broward County – asking that they shut down their Confucius programmes. A smattering of universities have eliminated their Confucius Institute programmes, but the programmes continue at universities in North and South Carolina, California, Kentucky, Idaho, Texas, Missouri and Kansas, among other states.

During the Senate Intelligence Committee, several senators questioned China’s efforts to steal U.S. technology patents through investments and the use of their two multinational telecoms: Huawei and ZTE.

“These companies now represent some of the leading market players globally,” said Senator Mark Warner, a Virginia Democrat who is ranking member of the Intelligence Committee.

“Most Americans have not heard of all of these companies. But as they enter Western economic markets, we want to ensure that they play by the rules. We need to make sure that this is not a new way for China to gain access to sensitive technology,” Warner said.

Senator Richard Burr, the chairman of the Senate Intelligence Committee said, “The focus of my concern today is China, and specifically Chinese telecoms like Huawei [Technologies Co Ltd] and ZTE Corp that are widely understood to have extraordinary ties to the Chinese government.”
All the six intelligence chiefs said they would use a Chinese phone supplied by the Huawei or ZTE…
“We’re deeply concerned about the risks of allowing any company or entity that is beholden to foreign governments that don’t share our values to gain positions of power inside our telecommunications networks,” Wray stated,
FBI Director Chris Wray stated, claiming that presence of any foreign companies opens vast possibilities for the sneakiest of espionage.
“That provides the capacity to exert pressure or control over our telecommunications infrastructure,” Wray added. “It provides the capacity to maliciously modify or steal information. And it provides the capacity to conduct undetected espionage.”
In Sun Tzu’s Art of war, an ancient Chinese military manual dating from the 5th century B.C., Sun Tzu said,  “So in war, the way is to avoid what is strong and to strike at what is weak.”
With that being said, the Chinese are in the process of systematically dismantling the American empire without firing a shot. The Chinese are attacking America’s weakest points being academia and private institutions through spy operatives or even more overtly operating the Confucius Institute program to embed an infectious disease deep inside the core of the American machine. At this point, Beijing is smart enough not to attack the strong points [U.S. Military]. Unforntautely, it has only been until now that Washington is starting to realize China is chipping away at the weakest points of the empire, as per what was discussed at yesterday’s Senate Intelligence Committee. Nevertheless, China is also flooding America’s streets with synthetic opioids in weakening the overall population. Rome is burning. 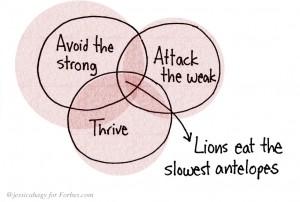