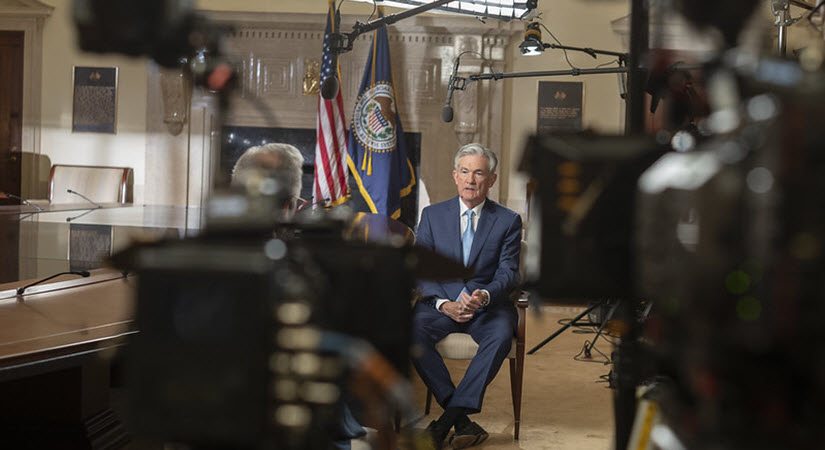 The primary tool that the Federal Reserve uses to combat excessive inflation is increasing the Fed funds rates.

According to mainstream sources like CBS News, the Fed signaled an intention to raise rates only three times in 2022. The most-recent FOMC quarterly dot plot released on December 15, 2021 seemed to confirm that fact.

But since then, another wrinkle has developed just one month into 2022…

Goldman Sachs has forecast at least four rate hikes to combat inflation (7% as of December 2021, or 3.5x higher than the Fed’s 2% target).

We see a risk that the Federal Open Market Committee will want to take some tightening action at every meeting until the inflation picture changes. If so, that could ultimately lead to more than four rate hikes this year.

The article continued: “Traders are pricing in nearly a 95% chance of a rate increase at the March meeting, and a more than 85% chance of four moves in all of 2022, according to CME data.”

The confusion here comes from two sources. First, the Fed’s “dot plot” is deliberately confusing. Each of 19 different Fed officials have the opportunity to anonymously place a dot on the cart to indicate where they think the Fed’s funds rates should be. They don’t all agree. As stated by Fed Chair Jerome Powell in his June 2021 FOMC meeting: “the dots are not a greater forecaster of future rate moves … it’s because it’s so highly uncertain.” So economists and analysts scrutinize the chart regularly, noting changes between FOMC meetings, like fortune tellers reading tea leaves.

Second, the Fed is supposed to be a data-driven agency. They can, and should, change their plans as financial situations evolve and develop. Thus, the dot plot can never be anything more than a vague and backwards-looking snapshot of a specific moment in history.

We don’t know when, or how much or how quickly the Fed will move to actually raise rates. What we do know is, when they do, the economy will feel it.

Chairman Powell recently said, “I think there’s quite a bit of room to raise interest rates without threatening the labor market.”

The Dow, S&P 500 and the Nasdaq all reacted by plunging. At time of writing, both the tech-heavy Nasdaq index and the Russell 2000 index of small companies were down 10%+ for the year, putting both in official correction territory. The Nasdaq’s had its worst month since the 2008 crash. Both the Dow and S&P 500 aren’t far behind.

Stock market volatility is nothing new. What’s different is the severity of the swings, both up and down. They’re a sign of real strain in financial markets under pressure.

And there are other consequences to raising rates that have longer-term ripple effects:

First, they increase the costs of borrowing more money to expand a business. That’s bad news for high-growth tech companies, which are burning cash with widening losses.

Second, it reduces the long-term estimates for a company’s earnings… Therefore, unprofitable tech companies that are trading at frothy valuations usually suffer the most as interest rates rise.

Some companies that are suffering from “widening losses” may downsize and lay off employees. That alone could counteract Powell’s statement regarding a strong labor market. This isn’t a recipe for widespread economic growth.

Dozens or hundreds of unprofitable companies that are burning cash monthly and relying on fresh investments to stay in business will likely collapse if liquidity becomes too expensive. An already-overvalued stock market could be crushed.

And when tight liquidity causes stocks to collapse, we’d likely see the Fed reverse course and intervene once again. Bridgewater Associates CIO Greg Jensen thinks it would take at least a 20% drop in stocks to get the Fed’s attention.

In the long term, massive quantitative easing can and does prop up stock prices. But today, the political calculus has changed.

After all, here in the U.S. the wealthiest 10% of Americans own 90% of stocks. However, 100% of Americans pay higher prices thanks to inflation. When the next stock market crash occurs, the Fed might decide it’s better to fight inflation than to bail out Wall Street.

There’s no way to know how the Fed will respond. That’s why prudent investors hope for the best while preparing themselves, and their financial futures, for a less rosy outcome.

Make sure your financial plan doesn’t rely on Fed interventions

With the air finally coming out of massive stock bubbles, 40-year record-high price surges and at least four Fed rate hikes on the way, it’s hard to know exactly how the economy will impact your savings.

One thing we can be certain of? These macroeconomic forces will impact you personally. Personally, and financially.

Now is the time to ask yourself: Could your savings withstand a prolonged dot-com collapse, or 2008-style market crash? Will high inflation devour your purchasing power? Are your savings diversified well enough to survive and thrive for the next decade?

If they are, congratulations! You’ll likely be able to sleep soundly through the next bear market.

For the rest of us, this is our chance to reassess the risks we face. Asset allocation and diversification are the best tools most of us have to balance investment risk and reward. As the Securities and Exchange Commission (SEC) reminds us:

The Magic of Diversification. The practice of spreading money among different investments to reduce risk is known as diversification. By picking the right group of investments, you may be able to limit your losses and reduce the fluctuations of investment returns without sacrificing too much potential gain.

Why? Take a look at this research on the role of gold as a diversification asset:

With few exceptions, gold has been particularly effective during times of systemic risk, delivering positive returns and reducing overall portfolio losses. Importantly too, gold allows investors to meet liabilities when less liquid assets in their portfolio are difficult to sell, or mispriced. Gold has consistently benefited from ‘flight-to-quality’ inflows during periods of heightened risk.

But gold’s correlation does not just work for investors during periods of turmoil. It can also deliver positive correlation with equities and other risk assets in positive markets, making gold a well-rounded efficient hedge.

Learn how gold performs over time and the benefits of well-diversified savings plan. And should you decide your savings would benefit from diversification with gold or other physical precious metals, start the ball rolling now. Those “flight-to-quality inflows” that start during market meltdowns tend to drive prices significantly higher.

Whatever you decide, don’t let the Federal Reserve and its unpredictable interventions destroy your chance for a comfortable and financially stable future.