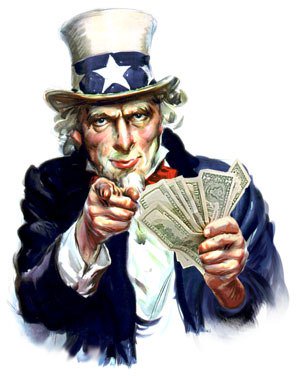 (CNSNews.com) – For the first time in the history of the United States, the federal government has spent more than $3 trillion in the first eight months of the fiscal year, according to the Monthly Treasury Statement released today.

Even with the second highest tax revenues ever collected in the first eight months of the fiscal year, the federal government still ran a deficit for those eight months of $738,639,000,000.

May deficit surges to $208 billion, 42% higher than last year

The figure put the cumulative deficit for the eight months of fiscal 2019 at $739 billion, within range of the full 2018 deficit, which amounted to $779 billion, according to the Treasury figures. Treasury estimates that the full deficit will exceed $1 trillion by the time the fiscal year wraps up at the end of September.

The deficit’s precipitous rise follows the 2017 GOP tax act, which the Congressional Budget Office projected would add some $1.9 trillion to the debt over a decade, as well as bipartisan plans to increase spending on both the defense and domestic sides of the ledger.