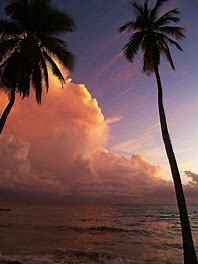 What the Hell Is Going On In Dominican Republic?

On Monday, the U.S. State Department confirmed that back in April, an American tourist named Robert Wallace died under mysterious circumstances at the Hard Rock Hotel and Casino in Punta Cana. According to his niece, Wallace, 67, was last seen having a Scotch from the hotel mini bar before he fell ill.

“He started feeling very sick, he had blood in his urine and stool right afterward,” Wallace’s niece, Chloe Arnold, said. He died in a local hospital three days later.

Wallace’s death, while strange, wouldn’t be considered all that unusual, if not for the fact that it is the latest in a string of recent mysterious deaths of American tourists in the Dominican Republic. Most recently, an American couple was found dead at the Grand Bahía Principe La Romana in the Dominican Republic, with investigators saying that while no cause of death has yet been determined, no signs of violence were reported on the scene. Last month, a 41-year-old tourist from Pennsylvania was found dead in the same hotel, reportedly also after having a drink from the minibar.

The FBI is working with Dominican Republic officials to determine whether there’s any link between the deaths, but toxicology report results aren’t expected for at least a month. In the meantime, here’s what’s been going on in the Dominican Republic, and what we know about the tourist deaths so far.

How many tourists have died under mysterious circumstances in the Dominican Republic?
According to the State Department, Wallace’s death marks the fourth mysterious death of an American tourist in the Dominican Republic. But according to CBS News, there have been at least six tourist deaths in the Dominican Republic in the past year alone. Two of the deaths have been at the Hard Rock Hotel and Casino in Punta Cana, while four took place at Bahia Principe hotels. (In a statement to Rolling Stone, a representative for the Hard Rock Hotel & Casino Punta Cana said that “the safety and health of our guests is now, and has always been our highest priority,” and that they have protocols to ensure the safety of their guests, including daily inspections of their mini bars. Representatives for Grand Bahía did not respond to a request for comment, but in a post on Twitter on June 7th, the resort disputed recent media reports about the deaths of American tourists, saying that it “completely disagree[d] with the dissemination of false information issued publicly which threatens the image and reputation of the company,” adding that the hotel chain “would like to express our deep respect to the authorities and the ongoing investigations. We reiterate our firm commitment to collaborating completely with the authorities and the ongoing investigations.”)

Shark Tank star Barbara Corcoran is speaking out about her brother’s death amid an FBI investigation into seemingly mysterious tourist deaths that have occurred over the past year in the Dominican Republic.

TMZ reported Wednesday that the ABC star’s brother John died of a heart attack at 60 in April during an annual vacation to the Dominican Republic, with Corcoran calling into question the surrounding circumstances to the outlet months later.

John’s death came amid a rash of U.S. tourist deaths in the Dominican Republic, with NBC Newsreporting six people being found dead under similar circumstances since June 2018 — two at the Hard Rock Hotel & Casino Punta Cana, and four at various Bahia Principe resorts. Three of these deaths have been attributed to heart attacks, while another listed pulmonary edema as a contributing factor, with respiratory failure also being noted in the death of a Maryland couple found dead in their room last month.

A Florida man who fell sick with a mystery illness during a Dominican Republic vacation is warning other travelers to avoid the country altogether,  according to reports.

“Don’t go,” said Jerry Martin, who went with his wife to Caribe Club Princess Beach Resort & Spa in Punta Cana last month for their 40th wedding anniversary — before reports surfaced of American tourists dying at other hotels on the island, according to news station WTVT. “Just don’t go.”

Within days of arriving on May 17, Martin reportedly became severely sick with stomach pain while swimming in the pool.

“Fire in the bottom of my stomach. Pain, excruciating pain,” Martin told WTVT. “We were down at the pool when it hit, and I had to go up and just lay down and hold my stomach. It was on fire.”

Martin said he was unable to enjoy the rest of his week-long vacation because of the illness. He went to the emergency room once he returned home to Plant City, Florida.

Now three weeks later, Martin said he’s still suffering from symptoms and visited the hospital five times. He claimed he has continued to lose weight and undergone tests to get to the bottom of his health woes.