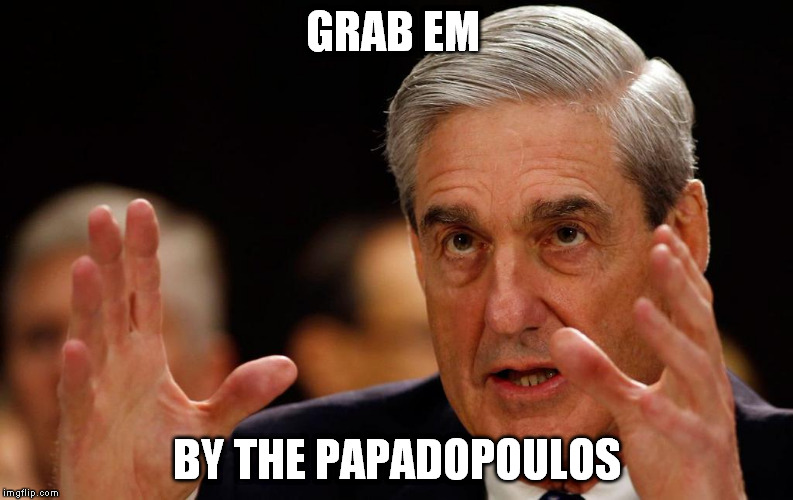 There’s an old Chinese blessing (or curse, depending on the “source”) which says: may you live in interesting times. And interesting times we live in my friends, at least from the news-cycle perspective. If you remember the Mueller investigation, which started almost 2 years ago, well, its aim was to determine whether the Trump campaign colluded with those pesky russkies in what has been largely described by the talking heads in the fake news corporate left-mainstream-media as “Russia Collusion”. Forget about the fact that “collusion” is not illegal, but concentrate on the main issue: Mueller’s DEM filled investigation team was supposed to find out who did what with whom from Russia, or something along these lines. After tens of millions of dollars (taxpayer money obviously) spent on smoke and mirrors, and countless lives ruined by this so-called “independent” investigation (Flynn, Manafort et al), there is zero (as in 0) evidence with regard to any “Russian collusion” in the 2016 campaign. At least on Trump’s part.

And today,  the POTUS drew a line in the sand and said: enough is enough. He also stated clearly what many people were already saying from the beginning: Mueller’s investigation is illegal.  Here’s from an interview with Rudi Giuliani, Trump’s attorney, who revealed that Donald Trump’s legal team is working at a rebuttal to counter (preemptively) a possible negative report from Mueller’s team:

“According to Giuliani, the bulk of the report will be divided into two sections. One section will seek to question the legitimacy of the Mueller probe generally by alleging “possible conflicts” of interest by federal law enforcement authorities. The other section will respond to more substantive allegations of Trump campaign collusion with Russian government agents to sway the 2016 election, and obstruction of justice allegations stemming from, among other things, the president’s firing of former FBI director James Comey.” –Daily Beast

And here’s Trump for Bloomberg News:

“I view it differently. I view it as an illegal investigation”

Of course it’s illegal, but unfortunately Trump does not have a justice department. We are effectively still under Obama’s DOJ, and any effort Trump tries to make to correct it gets met with resistance from the Senate, who’d need to confirm a new A.G. That’s why Sessions is still there.

If Robert Mueller was actually interested in “Russian Collusion,” he would have already recommended indictments for Hillary Clinton & numerous other democrat staffers.  Here’s from an older WSJ article:

It’s unconstitutional under Morrison v. Olson—the decision, not the dissent.

At issue is the Constitution’s Appointments Clause, which provides that “principal officers” must be appointed by the president with the Senate’s consent. Rehnquist wrote that independent counsel Alexia Morrison qualified as an “inferior officer,” not subject to the appointment process, because her office was “limited in jurisdiction” to “certain federal officials suspected of certain serious federal crimes.”

The law should be a tool to maintain civilization, not a club used to fight out tribal warfare.  If democrats and corrupt government bureaucrats can’t accept the results of lawful elections and break the low to overturn results they don’t like, then maybe they should be treated like the Mafia or any other criminal gang.  Regardless of who you support politically, the issue is the overreach of power. I do not prefer to live in a country that tolerates gestapo like tactics and powers as opposed to the laws, protections and constitution of the United States.

Have you ever heard the quote from a Soviet official that went “show me the man and I’ll find you the crime”? Mueller started this investigation claiming to be looking into collusion between Russia and the Trump campaign. By now, everyone knows that is a false narrative, they aren’t even pretending to still be looking into those supposed connections anymore. They are now charging people like Manafort with things unrelated to Trump, and other small time campaign staffers with perjury, trying to get them to flip on Trump (to “compose” stories basically), and they are looking into his business and financial records. The extremely far-reaching finance, business, and tax regulations can be interpreted very broadly, and it is very unlikely for Trump to have been running such a big operation for so many years that they won’t be able to find some obscure law to charge him in violation of. That would amount to a coup of a democratically elected official, and we have very good reason to be afraid of that.

However, is it just me, or are people losing interest in the so-called Russia probe? A recent, bipartisan poll shows this to be the case. Mueller either expects to catch a big fish, or he is now just merely fishing for sport.

If Hillary had won the election as planned (proven rigged democrat primaries, getting debate questions before hand, etc), then nobody would have heard a word about Russia. Kind of like what Obama said when Romney stated Russia was our greatest threat, “the 1980s called and want their foreign policy back”. Obama also declared Russia was not meddling in the elections in 2016, and it was “impossible” to meddle in our elections because they were so decentralized.

Which one is it Democrats? You can’t have it both ways.