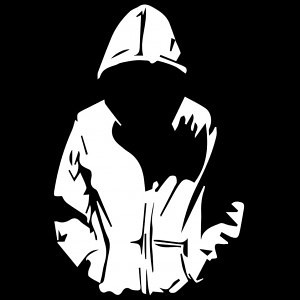 The argument made by anti-Second Amendment groups that more legally carried guns on the streets will lead to a less safe environment took a hit on Monday when a responsible citizen stepped into a mass stabbing incident.  After three people were stabbed by an assailant, the situation was ended when a man with a gun appeared.
49-year-old Bobby Martin Watson began his crime spree by opening the door of Rosanna Lynn’s car at a Publix parking lot near the Seminole City Shopping Center in Florida. He grabbed at her bag and stabbed her in the abdomen and thigh. A witness to the crime, Christopher McMann, tried to help Lynn and was stabbed in the back. McMann began to give chase and was joined by local man Travis Jones who attempted to tackle Watson. Jones was stabbed in the abdomen during the struggle.
At this point, Donald Rush (40) stepped in and drew his weapon. He made Watson stand down and hand over his knife; then held him under pointed gun until the police arrived to make the arrest. Watson has since been charged with armed robbery and three counts of aggravated battery with a deadly weapon.
Many on Social Media have pointed out that under Florida’s Stand Your Ground Law, Rush would have been within his rights to open fire, but as an argument for Second Amendment Rights, it seems better that he didn’t.
Rush controlled the situation and prevented any further danger by being a responsible gun owner. He has proven that legal guns in the hands of responsible citizens make EVERYONE safer. Three people were stabbed (fortunately, the injuries did not result in death), and potentially it could have gotten even worse if Rush had not been armed.
There will be those that argue if we have more guns out there that perhaps Watson could have shot three people instead of stabbing them, but reports from Florida sources say that he was a convicted felon, and would therefore not be allowed to own a gun until his “civil rights have been fully restored” (all convictions spent and restitutions paid).
When responsible citizens have legally owned guns, the facts suggest that gun crime actually falls. Forbes makes the point that as gun sales have risen, the actual amount of gun crime has been falling (except a brief spike in 2006).
The simple fact is this: Owning a gun does not make you more likely to commit a criminal act; if someone wants to commit a crime, they will do so. But if you do have a gun, and you witness a crime in progress, you are in a safer position to defend those around you. IN this sad incident, two witnesses to the initial stabbing tried to intervene and were both stabbed for their trouble…The guy with the gun was not.

1,782 views
READ  JOHN FUND: What do Black Lives Matter and Hunter Biden have in common? Big Tech won’t let you read criticisms of either of them.
READ  Florida Passes Education Bill That is 100% Pure Red Patriotic