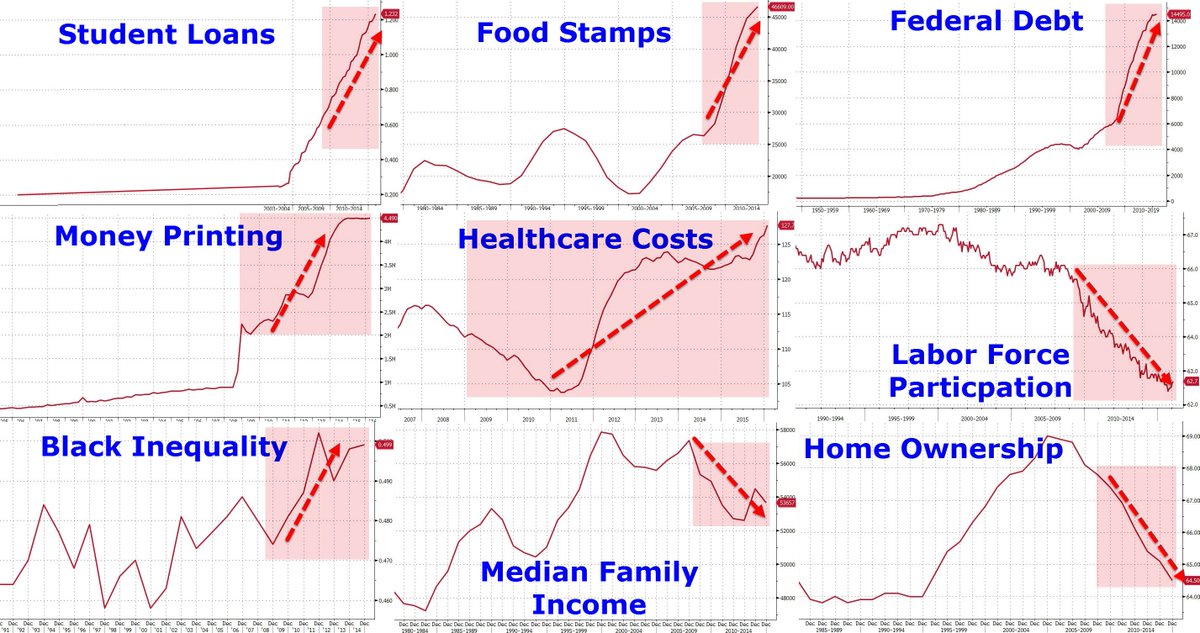 So let me get this straight about a bunch of people thinking Obama is the reason the economy is doing good.
Obama went 0 for 32(0%) during eight years for having one quarter of above 2% growth.
Trump comes in and immediately removes all of Barack Hussein Obama’s executive orders and regulations.
Then Trump has two quarters in a row of above 3% growth. And remember in 8 years of Obama we didn’t even have one quarter of that happening
And I’m hearing lots and lots of wishful democrats saying it was because of obama it’s not because of trump. Well it’s obviously fake news Clinton DNC controlled media has been feeding you lies.
So how is that possible for Trump to have such dumb good luck when he immediately had that massive growth after he removed all of Obama’s regulations and executive orders?
Simple logic would say if Obama’s crazy regulations and executive orders helped the economy then if Trump removed them it would hurt the economy but the opposite happened.
So for all of you that still think the economy is doing great because of BO, and all of those jobs are coming back because of BO, and all of those companies are giving bonuses to people like you and me, and you think it’s because of Obama??? … you are flat out cray cray.
It’s simple common sense and logic people
just use it

1 thought on “For all the people still thinking the economy is doing great because of Obama and not because of Trump, this is for you”