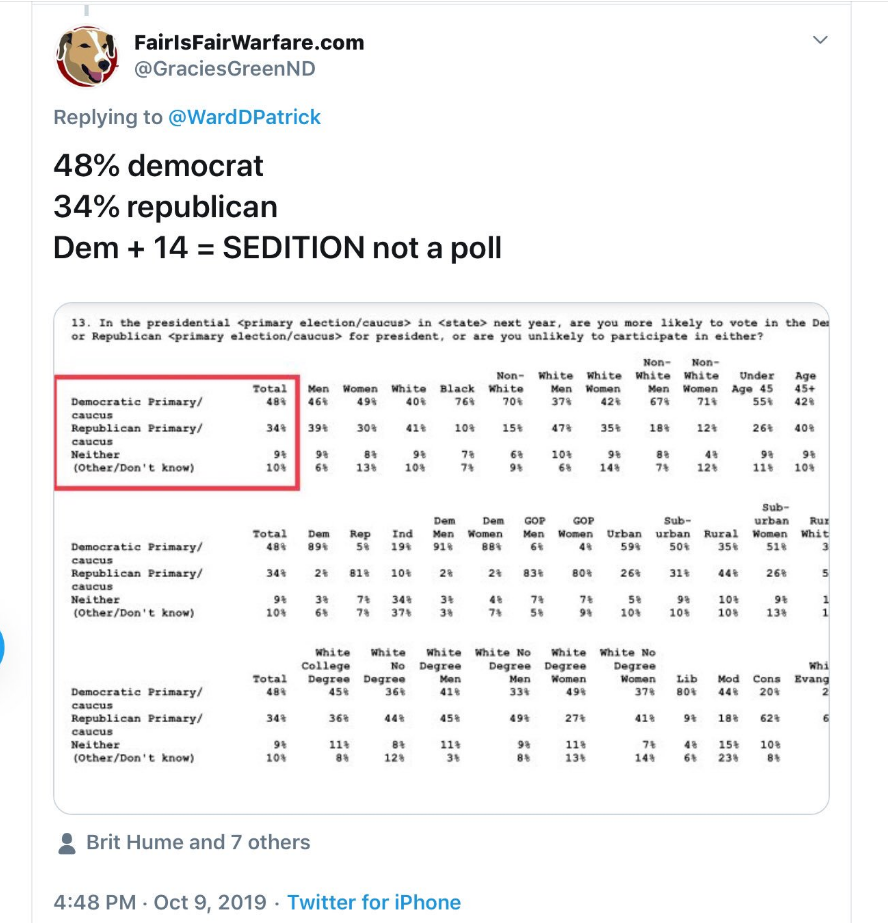 Not only that, but if you read deeper into the results, you’ll see that their sample of democrats INCREASED from 42% to 48% between April and October.

This accounts for almost the ENTIRE increase in the % of respondents that want to see Trump impeached and removed.

Also, roughly 43% of respondents wanted Trump impeached and removed prior to any of this Ukrainian nonsense.

They literally bumped up their sample of democrats to create the illusion of a massive growth in support for impeachment.

We know this is complete bullshit because pelosi refuses to take a floor vote to authorize the impeachment inquiry.

The internal polling on this is a disaster for the democrats, especially outside of New York and California.

Push back on this poll hard.