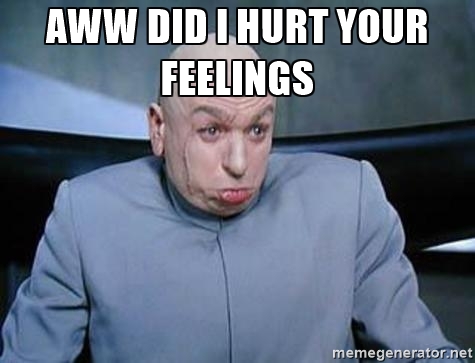 If you’re still relying on big-tech news-aggregators  like Google or Yahoo, this means you’re a “normie” and you must be red-pilled on the issue as soon as possible. So, keep reading, it’s going to be lots of fun. Now, today’s revelation is that conspiracy theorists are not always wrong. Some may even argue they’re more often right than wrong. It’s like, 51% vs 49%, depending on the source. Joke aside, many people were accusing Google of being left-biased since the early 2000s. Seriously, check that out for yourself.

The problem with Google’s bias has become more disturbing lately, in the aftermath of the big-tech crackdown on conservative/right winger alternative media news outlets/bloggers/what have you, following Donald Trump’s election in 2016. And that’s solely due to the fact that Trump’s anti-establishment message was delivered to the American people using the “interwebz”, and especially via social media, the likes of Twitter, Facebook and YouTube. The legacy media is now working with the left-leaning big-tech CEOs and are trying to prevent this from happening again, in the midterms. I mean, to prevent the alternative media, which is nowadays the real media, to deliver their message to the American people.

And Google plays a big part in this extravaganza. Manipulating the American normie, that is, via its skewed search results and  news aggregation service. Allow me to elaborate: according to a very recent study, Google News is shilling for “liberal” (as in left-wing) news in its top five search suggestions. The study can be found here and it shows that the “failing” New York Times, “fake-news” CNN, Politico, The Washington comPost and HuffPost are making for almost 50 percent of Google News recommendations. Moreover, 14 legacy-media (as in dying media) organizations make for almost 80 percent of the total number of news recommended to searchers by Google’s algorithm.

Now, it doesn’t even matter if Google is literally evil, or those fat-cats that own  the legacy media managed to hire the best SEO wizards, and ranked their websites atop of Google’s search  results or whatever. What you need to understand is that Google News and Google’s search engine are anti-conservative and pro-left.  Google leans Democrat, and very heavily. And that’s probably because they put whoever pays the most at the top of their search results. And that would be legacy media. And that would make for a broken search engine by any definition.

The study is going to be published in the  journal “Computers in Human Behavior,” and it was conducted by Columbia University PhD candidate Efrat Nechushtai and University of Oregon Shirley Papé Chair in Emerging Media chair Seth Lewis. Here’s some science for you:

“Across the four searches, fourteen news organizations ranked in the top five: CNN, Politico, Fortune, The Chicago Tribune, Business Insider, The New York Times, The Wall Street Journal, The Washington Post, CNBC, ABC, Time, The Los Angeles Times, HuffPost, and USA Today. … Together, these outlets made up 79% of the total number of news recommendations suggested to searchers. The number of recommendations was unevenly distributed among these organizations as well, with the five most prominent outlets—The New York Times, CNN, Politico, The Washington Post and HuffPost—making up half (49%) of the 1,653 total recommended links.”

Lewis discussed the study in an interview for Wired and he was quoted as saying:

See also  Australia is a police state. Official. Can't return to your home unless vaccinated.

It’s pretty clear, cut and dried: you can’t trust Google with anything. Really. Their search engine is broken, and their algorithm is  skewed, I am amazed that any honest IT guy is still working for this company. The same goes for Twitter, Facebook et al. I reckon the pay is so good though, that morality must take a sit at the back of the bus. For now.

The solution to this problem is pretty simple: stop using their products. Stop using Google, Facebook, Twitter, YouTube, go instead for alternative platforms. There’s duckduckgo.com or bing.com when it comes to search engines, instead of Google. Then,  Opera/Brave/Firefox browsers instead of Chrome, Gab.ai instead of Twitter, minds.com instead of Facebook, and so on and so forth. There are news aggregators like Drudge Report (pretty much not-biased), our blog, whatfinger.com (right-wing) etc.

FakeBook, Twiddle and Ghoul. Check this out: if you’re looking at current events for something benign, like “Carter Page CIA asset” (there was some allusion in the news about a court case). I searched this because of his shifty, half- hearted statements and body language. I wondered if he was also a spy on Trump for the FBI/ CIA/ Deep State.

Google, Facebook and the rest are nothing more but propaganda outlets, designed to indoctrinate the stupid to be liberal buffoons. The typical lefty can’t stand to hear opinions that would shatter their fragile fictional world. That’s why they’re called snowflakes by the way. Heaven forbid if they heard an actual fact!!! This is why our recent graduates from public schools are worthless, have no interpersonal skills, and no understanding of history, science, or math. The UNION school teachers do not know how to teach, just indoctrinate.

Stay vigilant and remember: Google’s motto is no longer “don’t be evil”.