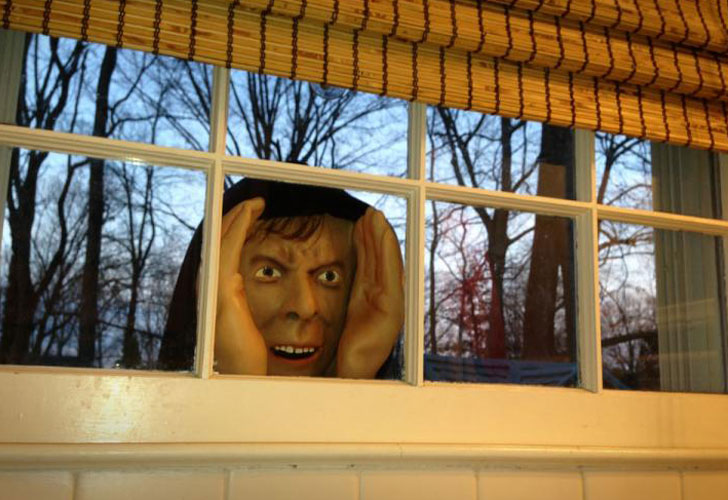 If you’re worried about privacy in the digital era, you are most probably privy to Telegram, the hugely popular uber-secretive messaging app, which boasted to be world’s fastest and most secure, or something along these lines. Okay, they all say that, but the bad news for our readers is that Telegram is now going to share phone numbers and IP addresses if asked by Big Brother. That would be your beloved government, or the “authorities” as they like to call themselves.

The thing is, Telegram recently updated its Privacy Policy page, and if you go and check it out (nobody does, you’ll just have to trust Internet-diggers like yours truly), you’ll be able to observe some very  interesting additions, the likes of:

“If Telegram receives a court order that confirms you’re a terror suspect, we may disclose your IP address and phone number to the relevant authorities. So far, this has never happened. When it does, we will include it in a semiannual transparency report published at: t.me/transparency.”

“In a Telegram post on Tuesday — the service provides public-facing channels as well as private messaging features — founder Pavel Durov saidthe policy has been revised to belatedly comply with Europe’s new General Data Protection Regulation (GDPR), and Telegram was “reserving the right” to comply with court orders.

“Regardless of whether we ever use this right, the measure should make Telegram less attractive for those who are engaged in sending out terrorist propaganda here,” he noted.”

Notice the dog-whistles for normies brainwashed by state-propaganda: terrorist, terror suspect. If you ask me, Telegram’s policy update is just an excuse aimed at protecting the company’s reputation in the future, when the doxing of alt-righters, conservatives or “neo-nazis” (whatever that means) will become the new normal. In Germany for example, a neo-nazi is anyone who disagrees with Angela Merkel’s suicidal open-borders-for-a-vibrant-diversity policy. Just go and read their mainstream-media, it’s at least as bad as ours.

Now, there’s a subtle difference between anonymity and privacy on the Internet. If you’re familiar with the Telegram app and you’re tech savvy, you probably know that using Telegram doesn’t grant you anonymity. Why? Well, it’s pretty simple: Telegram knows your phone number, unless you’re using a burner-phone with a pre-paid SIM card bought with a fake ID or by someone else etc. They also know your IP, obviously.. There’s a problem with this business model from the beginning, as the respective company knows a lot of things about their users’ data, so they can easily help the “authorities” with identifying you, provided you’re a “terrorist”, or a suspect thereof.

Until now, Telegram refused to collaborate with Big Brother, as in they  did not share phone numbers and IPs, but that has changed. How long would it take until Telegram bends the knee further and agrees to share everything they have on you with the “authorities”, including content and so on and so forth?

And I bet they do have plenty of juicy stuff about their users. How much data Telegram does store/have on their users is anyone’s guess at this point, but I would strongly suggest you to ditch their service and opt for open-source based alternatives  instead, such as Signal (they’ve been already audited and they’re safe) .

One major problem Telegram has is that it doesn’t encrypt chats by default, something the FBI has advocated for. “There are many Telegram users who think they are communicating in an encrypted way, when they’re not because they don’t realize that they have to turn on an additional setting. Telegram’s FAQ touts itself as more secure as WhatsApp. But in reality, WhatsApp uses the most highly praised encryption protocol on the market and encrypts every text message and call by default.

This is a big beautiful red flag, as there’s absolutely no reason for not encrypting messages by default, especially when it comes to an application that claims to make user security a high priority. Obviously, you can’t trust WhatsApp either. Not because of their encryption technology, but because of who owns the company. Lord Zucc, that is. That’s another thing to contemplate on the “interwebz”: who owns the stuff you use on a daily basis. Because in most cases, you don’t really own the software, and finally, it all comes down to whom you trust. How do they make money, what’s their business model, i.e. if a product is free to use, then you’re the product. This statement is especially true with regard to Google and Facebook, data mining operations by any metrics, and also with WhatsApp, Instagram et al. Their business model is sharing/selling your private data with/to third parties, while promising “we won’t share your data, mkay normie?”. It’s laughable.

I hope you got the message: ditch Telegram now, and if you want to learn more about Internet and privacy issues, check out this article.