GameStop united the country at a time when nothing else could. 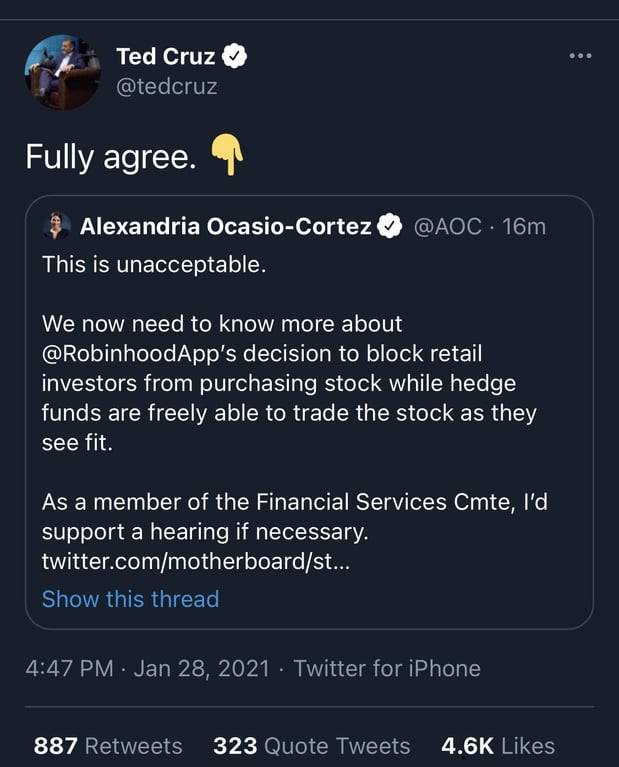 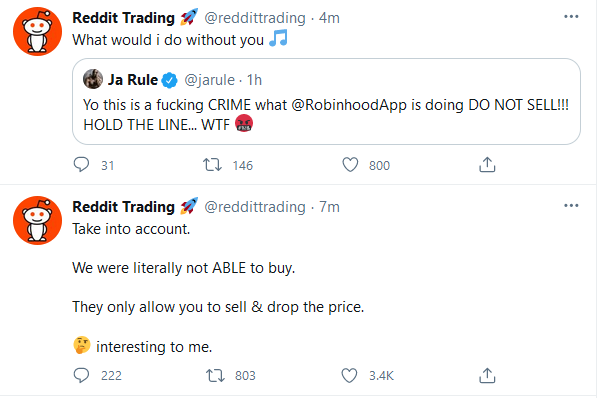 Wall Street giants are calling foul after having been beaten at their own game by a bunch of guys on the internet. It’s hard not to cheer. “Robinhood customers took to Twitter to express their outrage surrounding the decision. Robinhood has made a name for itself through its mission to democratize investing for everyone.”

A user comments: “Robinhood canceled stock orders on #gme #amc #NOK etc…. There should be a class action lawsuit. I thought we had a free market. So Wall Street is OK with me losing hundreds of dollars, so that rich investors can’t be called out on their risks.”

STACY MCCAIN: GameStop: The Best Story EVER! Plus:

Not kidding here. Liberals are actually claiming that “Trumpism” is what has caused the GameStop bonanza. The hedge funds got screwed over by “white supremacists,” some liberals are arguing on Twitter.

What does this claim imply? It implies that any challenge to the status quo is illegitimate, that it’s “hate speech” or “terrorism” any time you do something or say something that disrupts the ordinary process by which rich people get richer and powerful people exercise power.

Pretty much. The reaction to GameStop is the most telling aspect of the whole thing. 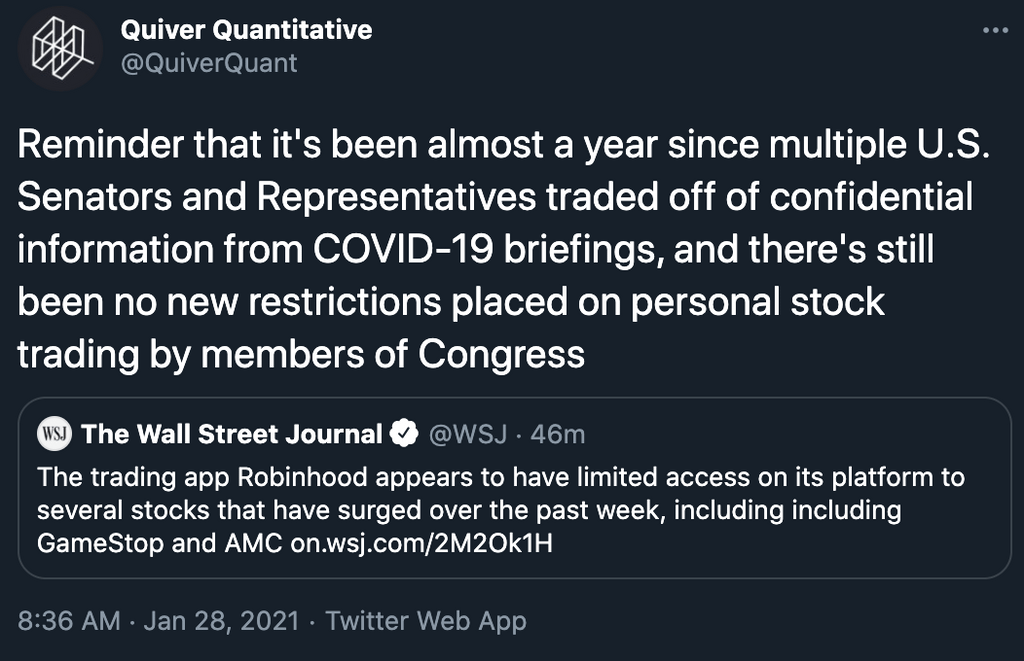 Just to be clear, Citadel, one of the largest clients of RobinHood, bailed out Melvin. Days later, RobinHood shut down purchases of $GME and other volatile names. 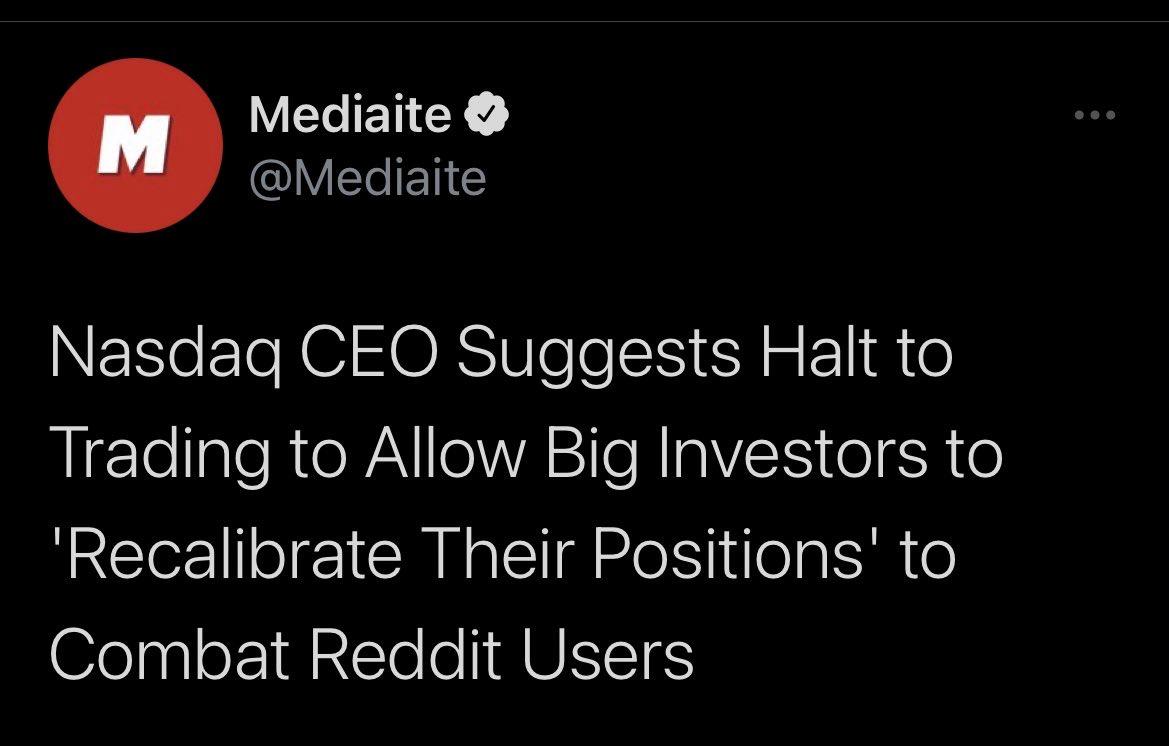 Emergency Press Conference – Everybody On Wall Street Who Had A Hand In Today’s Crime Needs To Go To Prison pic.twitter.com/aKr8aPbB3Z

From my note today "Guess who isn't in trouble with this new massive Wall Street scandal? The big brokers including Goldman Sachs, Morgan Stanley, JPMorgan, Citibank. So that's a first."

Not unbelievable if you read the agreement. t.co/oVPJs2p7jQ

Now that hedge funds are safe: No comment. t.co/LV98VZZ5IG pic.twitter.com/OmwWXgy4lz