You’ll own nothing, stay in a pod and eat bugs.

There is zero reason for the private jet thing, other than pure decadence.

Boris Johnson arrives at a #COP26 by private jumbo jet ready to tackle other leaders on emissions. pic.twitter.com/tmR1T0egig

Prince Charles will take a private jet to Rome to take part in the G20 conference before returning via private jet to the #COP26 summit in Glasgow to express his concern over climate change. Seriously. pic.twitter.com/Y7vS5lo0WZ 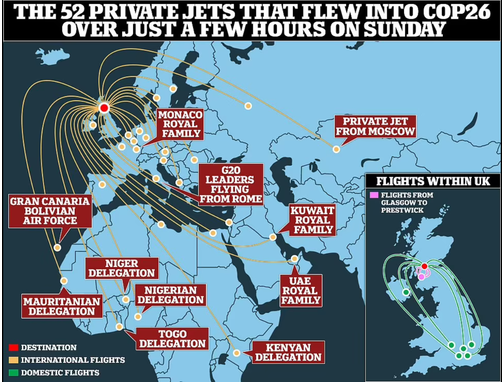 These people literally despise you. They don’t care that they are being hypocritical because they genuinely do want massive austerity and green measures for you, the cattle.

Obviously, the rules don’t apply to them because they are better than you.

This is what they believe and until we prove them wrong they are correct.