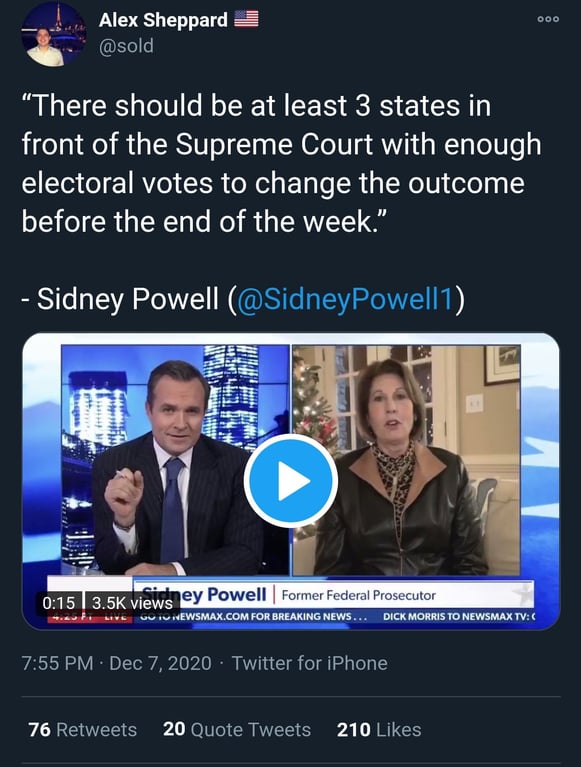 The State of Texas filed a lawsuit directly with the U.S. Supreme Court shortly before midnight on Monday challenging the election procedures in Georgia, Michigan, Pennsylvania, and Wisconsin on the grounds that they violate the Constitution.

If the Supreme Court can revamp state legislative districting in the name of fairness, I see nothing to stop if from supervising state procedures for electing presidents. 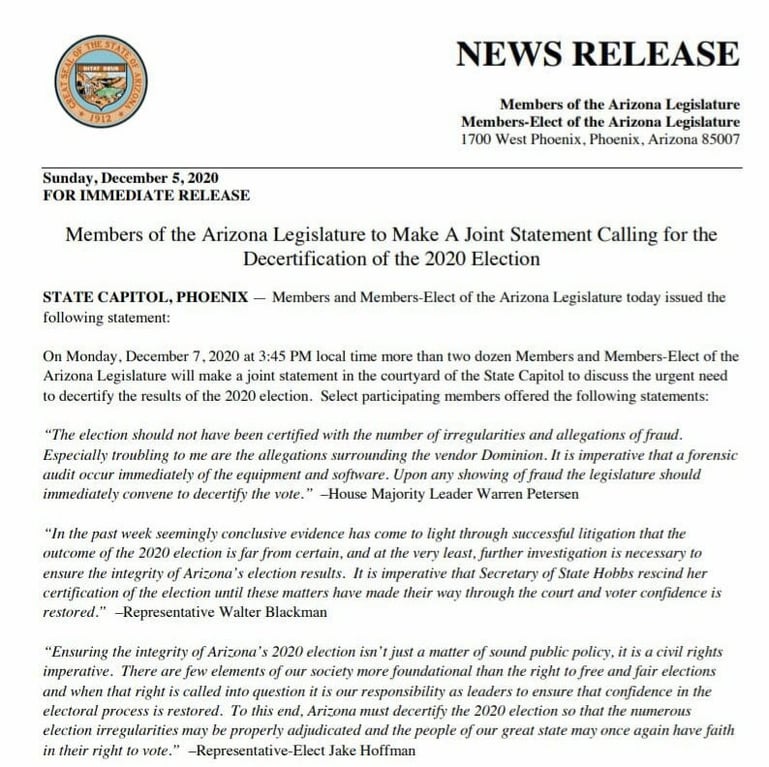 We have a contested outcome in Arizona. pic.twitter.com/lDajI5lOMM