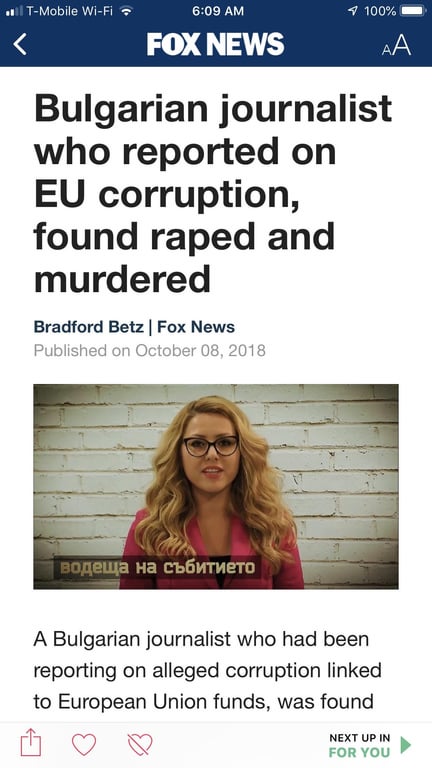 “Prosecutors said she was raped, then beaten and suffocated. Marinova had been investigating an alleged corruption case involving EU funds. Bulgaria’s interior minister said there was no evidence to suggest that her death was linked to her work as a journalist. But European officials are urging Bulgaria to conduct a fast investigation into the murder, which is the third murder of a journalist in the EU this year.”

They’ve disarmed the populace, now their journalists are mysteriously dying.

Nothing to see here, folks. Move along.