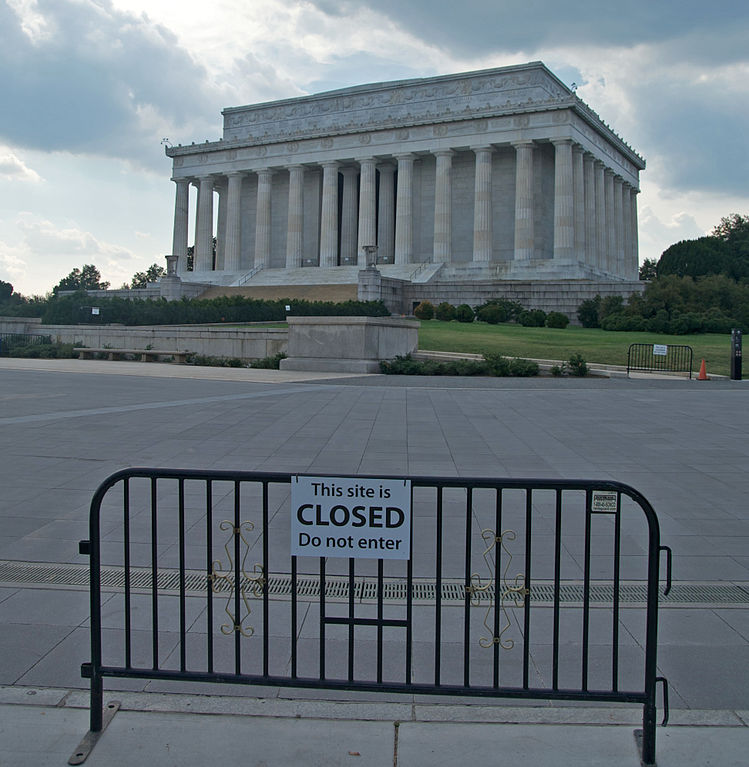 I was starting to feel sorry for the 800,000 federal employees who hadn’t received paychecks for more than a month. Then Donald Trump caved to the Democrats and ended the government shutdown.

There’s now a bipartisan effort in Congress to enact a law that would make government shutdowns less likely. But I have a much better and more permanent solution: privatize most of the functions that Uncle Sam’s intrepid bureaucrats perform.

Take the Transportation Security Administration (TSA), for instance. A big reason Trump ended the shutdown was that so many TSA employees had called in sick that flight delays were becoming intolerable. That wouldn’t have happened if the government hadn’t been in the airline security business.

Not that it’s doing an especially good job. In 2015, the TSA sent undercover agents to dozens of America’s largest airports to test security protocols. Shockingly, the agents were able to smuggle fake explosives or weapons through security checkpoints 95% of the time. The TSA failed in 67 out of 70 tests.

Two years later, the TSA tried again. The good news is that the failure rate fell from 95% to 70%. The bad news is … well, a 70% failure rate is nothing to celebrate.

One reason the TSA performs so poorly is that the politicians in charge of our national security believe catering to lobbyists is more important than security.

Consider the saga of the Rapiscan scanner. It began after an inept terrorist with a bomb hidden in his underwear tried to blow up an airplane in 2009. The bomb failed to explode, but America’s national security bureaucracy went into high gear after the “Underwear Bomber” incident. Its mission was to come up with new ways to detect bombs or weapons hidden under clothing.

It quickly became apparent that no one in the national security bureaucracy really cared if a proposed solution worked. It was far more important to direct the billions of dollars Congress had appropriated to “fight terrorism” to the right place.

Rapiscan’s chief lobbyist was none other than former Homeland Security Chief Michael Chertoff. Within weeks, the government ordered more than 300 of Rapiscan’s machines, at $150,000 each. That’s not chump change.

From the outset, it was clear the devices didn’t work. For instance, body fat and plastic explosives look a lot alike on the scanners. They also fail to detect firearms reliably.

The government eventually canceled the contract with Rapiscan, but not before spending $118 million on technology from the company.

This is the system you finance with your tax dollars. It’s worse than you ever imagined. It is, in the words of security expert Bruce Schneier, “security theater” at its finest.

If I had the power to do so, I’d eliminate the TSA, fire its 51,000 employees, cut its $7.6 billion budget to zero, and turn responsibility for airport security over to the companies that have the biggest stake in making sure it’s done right: the airlines. I suspect we’d wind up with a security apparatus a lot like the one used by Israel. We can learn a lot from airport security in Israel.

If each airline oversaw security for the flights it operates, they would suffer devastating consequences if a terrorist managed to blow up a jet. Ticket-holders would cancel their reservations by the hundreds of thousands. Along with cancellations, lawsuits from families of the victims would quickly bankrupt the company. The commercial incentive to prevent such incidents would be overwhelming.

That’s just one example of how privatization could work. And I’d hardly stop there. Nearly half of the 2.6 million federal employees work in jobs that are essentially commercial. According to the Reason Foundation:

Many of these jobs could be privatized, saving American taxpayers massive amounts of money and shrinking the bloated federal deficit, which is now growing at a rate of $1.2 trillion annually.

But that’s not likely to happen. Indeed, according to influential lawmakers like Senator Bernie Sanders, the scope of the federal government’s responsibilities should be dramatically expanded. “Medicare for all” is one such proposal. Another is free tuition for any young person who wants a college education.

Naturally, an army of newly-minted government employees will be required to oversee these new government responsibilities. Far from shrinking government involvement in our lives, they promise to greatly expand it.

So, if you enjoy being groped by TSA screeners, you’ll love dealing with the bureaucrats that will administer Medicare for all and free college. And you’ll enjoy paying their salaries with higher taxes even more. Have fun!