COVID-19 cases are growing fast in large parts of the US. The same folks who said the virus would just go away now say not to worry because fewer people are dying.

A lower mortality rate helps, but it’s still too high. The sheer number of sick people is straining hospital capacity some places. Viruses don’t care what anyone thinks; they just spread until something stops them.

The economy can’t recover if people fear infection everywhere they go. We need to balance public health and economic necessity.

Fortunately, scientists are learning how to reduce risk with fewer economic side effects.

The funny part: This knowledge isn’t all coming out of laboratories. It’s the result of unplanned, large-scale experiments on people who didn’t even know they were “test subjects.”

But whatever the source, we’d better pay attention. It offers a way out of this mess. 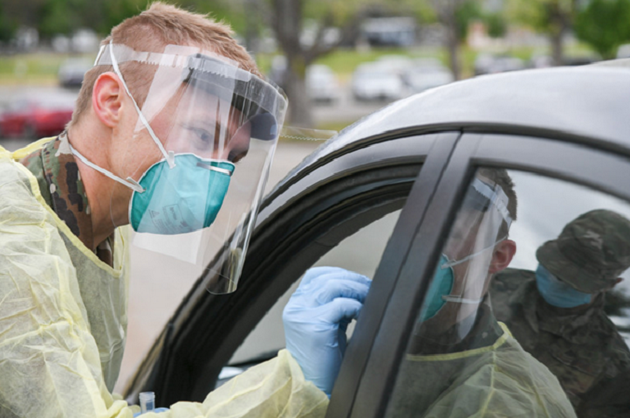 Following the May 25 killing of George Floyd by Minneapolis police, large protests erupted around the country, featuring exactly the kind of crowds experts had called dangerous even with masks. More virus cases seemed likely.

We know the COVID-19 virus incubates for up to 14 days after exposure. So if the protests caused significant virus spread, it should be evident by now in Minnesota, where the initial protests occurred. 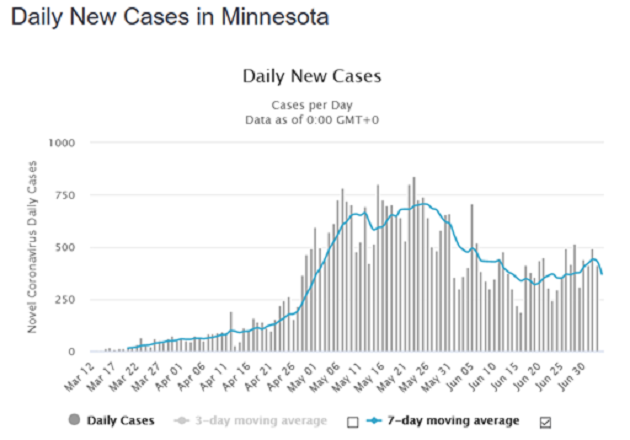 Minnesota’s average daily case count, which had been declining, turned slightly upward in mid-June, about three weeks after the protests began. These could be infections acquired at those events.

However, Minnesota’s case growth was still minor compared to Florida and Texas over the same period. Other places with large protests, like New York and Washington, DC, saw flat or declining infections.

That suggests the virus doesn’t spread easily outdoors if people take simple precautions, like wearing masks. Many protestors did and it seemed to help.

But the virus clearly is spreading. If the protests didn’t cause it, what did?

The governors who let businesses begin reopening in May probably didn’t think of it as “research.” Nor did their citizens want to be guinea pigs. But that’s what happened.

State reopening guidelines tried to address what we know: Crowds are hazardous. Masks and distance are the best solutions. But that’s hard in places like restaurants and bars. You can’t eat or drink through a mask.

So states required those businesses to operate at reduced capacity and maintain separation between parties. This was supposed to get them back in operation while minimizing infection risk.

That was weeks ago. Millions of people have now eaten in sit-down restaurants, and the data doesn’t look good. 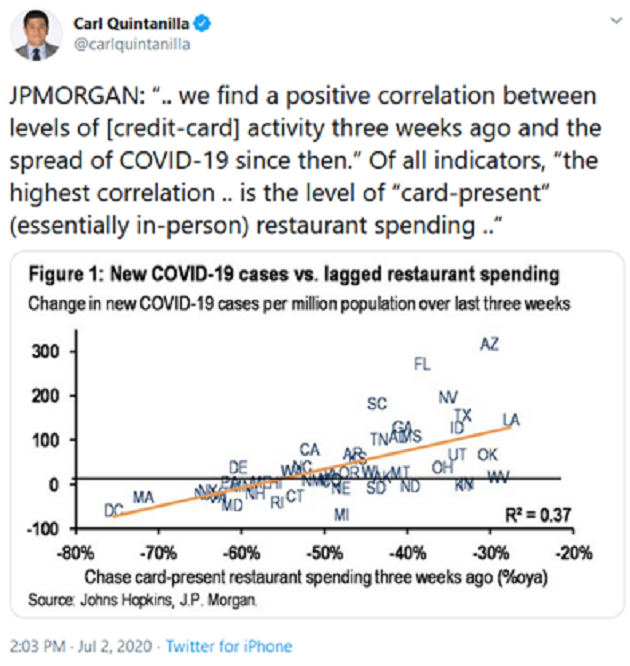 JPMorgan Chase, a large credit card issuer as well as an investment bank, analyzed spending data for its millions of customers. It shows the businesses where people used their cards. It also shows whether the card was physically present or the transaction occurred online.

As we always say, correlation isn’t causation. But this suggests a connection, at least.

Governors like Greg Abbott (R-TX) appear to see it. He recently ordered bars closed and kept restaurants at 50% capacity. We will know in a few weeks if it helps.

There’s also evidence air conditioning could be a factor, in part because it encourages people in hot climates to stay indoors where the virus thrives. That seems to fit the timing, too. Cases declined in the southern US during moderate spring weather, but are now rising as summer heats up.

It also raises a question for fall, when many schools and colleges plan to resume in-person, indoor classes. That may not be a good idea. 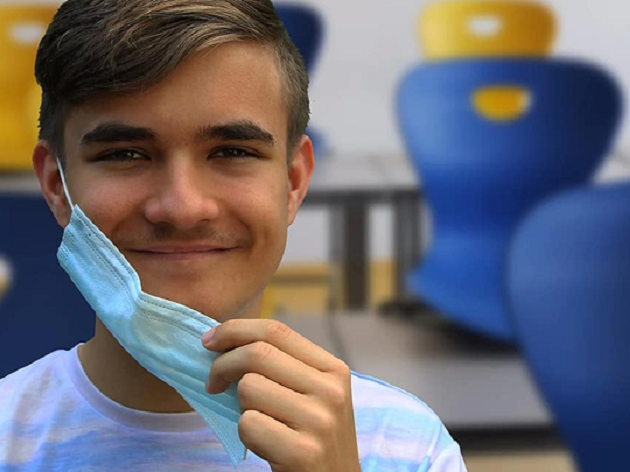 No one thinks this virus will just “go away.” Life will be different until we get better treatments and/or a vaccine. But if these two points are correct, they offer some partial solutions.

For one, we might be able to resume some outdoor activities (concerts, sporting events) with a few modifications. Parks and beaches could be manageable risks if everyone will cooperate (which is hard, I know). This would help restore economic activity.

More broadly, spending our time outdoors this summer and fall might reduce the spread enough to make indoor life safer when winter arrives. It could have other benefits, too, as I described back in 2018 (see No Shoes, No Shirt, More Money).

On the downside, this is a serious blow to businesses that depend on indoor crowds—not just bars and restaurants but also airlines, casinos, and many retailers. Plus their employees and suppliers.

Some may be able to adapt, but not most. They will probably need additional government support to survive. That will be more feasible if we can stop throwing money in all directions and be more precise about who needs it.

The pandemic is still serious. That shouldn’t stop us from doing what we can to cushion the blow.

My partner John Mauldin predicts an unprecedented crisis that will lead to the biggest wipeout of wealth in history. Most investors are unaware of the pressure building right now. Learn more here.