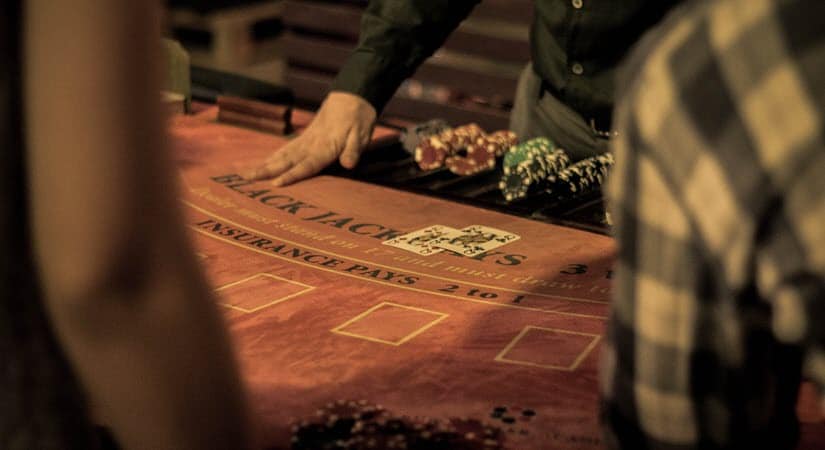 Speaking at a meeting of central bankers at Jackson Hole, Wyoming, Federal Reserve Chairman Jerome Powell said a lot of words without exactly saying anything.

The Fed “doublespeak” was picked up by the American Institute for Economic Research (AIER):

What they got is what Harry Truman complained about when hearing from his economic advisors: “On the one hand, this, but on the other hand, that.” Truman said that he desperately wanted a one-handed economist.

It’s easy to see Truman’s point if you listened to the Jackson Hole speech. (Don’t worry, we did so you don’t have to.)

Powell needed a lot of syrup for all the waffling he did, as this summary of the announcement unpacked:

Powell said the economy has reached a point where it no longer needs as much policy support. Based on statements from other central bank officials, a tapering announcement could come as soon as the Fed’s Sept. 21-22 meeting.

Could come as soon as three weeks from now? Yeah, no, because then Powell’s waffling on lifting rates began. Here’s a direct quote:

The timing and pace of the coming reduction in asset purchases will not be intended to carry a direct signal regarding the timing of interest rate liftoff, for which we have articulated a different and substantially more stringent test.

Okay, so tapering announcement could start really soon, but we’re not supposed to connect that to “the timing of interest rate liftoff,” because that requires a “different and substantially more stringent test” – what the heck is that supposed to mean, exactly?

Has the economy recovered or not? Which hand are we supposed to be looking at, Mr. Powell?

Instead of answering that question, Powell crowed that inflation was “solidly around the 2% target,” as though that’s a victory. Depending on your definition of “around,” presumably.

Official CPI for July CPI for July 2021 was 5.4%, which is nearly triple Powell’s alleged target. Of course, that number is what Wolf Richter calls the Fed’s “lowest lowball inflation measure.” If we still measured inflation via the Fed’s 1980-era metrics, which account for things like out-of-pocket expenditures and maintaining a constant standard of living, we’d be looking at a 13.5% annual inflation rate.

Now, we’re not necessarily saying Mr. Powell’s out of touch with reality… But maybe he’d notice, if he ever pumped gas for his own car, that fuel prices are up 41% from last year. (His chauffeur probably doesn’t tell him.) And perhaps his personal chef forgot to mention that grocery bills are up 5.4% since last year.

Meanwhile, Americans are paying through the nose for the basic necessities of life. Can you really call that a victory, Mr. Powell?

Anyway, it’s really not that hard to create inflation. All you have to do is print a few trillion dollars and distribute it widely. Increasing the money supply causes prices to rise – Emperor Aurelian knew it in 235 AD, Külüg Khan knew it in 1307.

Milton Friedman famously said, “Inflation is always and everywhere a monetary phenomenon in the sense that it is and can be produced only by a more rapid increase in the quantity of money than in output.”

This is really simple, elementary stuff. If you’re a central banker, creating inflation is about as hard as putting on your pants.

Nitpicking aside, has the economy returned to a state where the Fed can back off without a total collapse?

Stocks thrive (when there is no alternative)

The Dow Jones Industrial Average gained about 45% since March 15, 2020. That might seem pretty impressive. For the middle class retirement saver, all those on-paper gains might even feel quite comforting if they’re invested in blue-chip stocks.

There’s one small problem… Those huge rises in stocks are on paper until they’re sold. Alas, just like the blackjack player on a winning streak, all too often we’re liable to “double down” instead of taking our winnings off the table, cashing out, and going home.

As Karen Petrou wrote for Barron’s: “The more safe assets the Fed takes out of financial markets, the greater the demand for them, the lower the rates safe issuers such as Treasury need to pay, and the more investors desperate for real returns above zero head into high-risk equity and bond markets.”

The AIER agrees: Through the Fed’s “continuing large purchases of U.S. treasuries and mortgage-backed securities, market interest rates have been artificially pushed significantly below any rates of interest that would prevail on financial markets not manipulated in this manner.”

The traditional safe-haven paper assets like U.S. Treasury bonds, corporate bonds and even the humble savings account all offer negative after-inflation returns on investment. That’s right! Today, if you’re so bold as to loan the U.S. government money, your reward is a guaranteed loss of purchasing power. The same goes for every sort of bond, even the highest-risk junk bonds.

In other words, to extend our blackjack example, most people feel like they must stay in the game because the only alternative is to lose money slowly, eaten away by thirty-year-high inflation.

So we’re forced into a dilemma: Double down on stocks, cross your fingers and hope you don’t lose it all on the very next deal? Why not? We’ve been lucky so far, and between hands we think of our on-paper profits and feel not just wealthy, but smart…

Or cash out, sit on the sidelines and watch our wealth slowly blacken and shrivel as inflation smolders?

The wealthiest investors can probably shoulder this level of risk. The average middle-class person saving for retirement, though? Those of us who aren’t gambling with play money, but desperate to save for a comfortable future? We may have less money to lose, but it’s a lot more important to us.

And we’re already overdue for a historic market correction.

So what exactly is Mr. Powell trying to tell us?

Not much. Ansel Linder called it “smoke and mirrors” surrounding the Jackson Hole meeting:

We see it as likely that Powell was searching for a way to keep taper very much on the table but also give the Fed an out if the global economy takes a dive in the next few months. That dive is looking more and more likely, by the way. [emphasis added]

And the Fed can’t avoid another “taper tantrum” either, because the stock markets are hooked on easy money. Ultimately, it seems as though Mr. Powell is trying to tell us, “Everything’s fine, inflation is a good thing. Keep buying stocks.”

And, lucky us! The U.S. might be on the hook for even more of the same if Powell gets renominated.

Time to take some money off the table?

Who knows whether Powell is steering the U.S. economy into an iceberg? Maybe stocks and inflation will continue to rise in lockstep. Maybe the ghost of Paul Volcker will wake Mr. Powell in the middle of the night and convince him to jack up interest rates to combat inflation (and crash the stock market).

Regardless of what the future holds, whether it’s more of the same or a different flavor of crisis, it’s smart to get your financial house in order.

Before my father took me into the Bellagio in Las Vegas for the first time, he gave me a bit of advice: “Don’t gamble with your gas money.” I’ve lived by those words ever since.

Right now, we still have time to make plans. Examine your retirement savings with an eye toward risk, especially unrealized profits. You may benefit from diversifying your savings away from the blackjack table and into your pockets.

Consider self-directed retirement plans that allow diversifying your savings into physical precious metals like gold and silver. These are two safe-haven assets whose intrinsic value is not at the mercy of Mr. Powell’s pro-inflation agenda. Unlike stocks, gold has proven to be a stable investment over time.