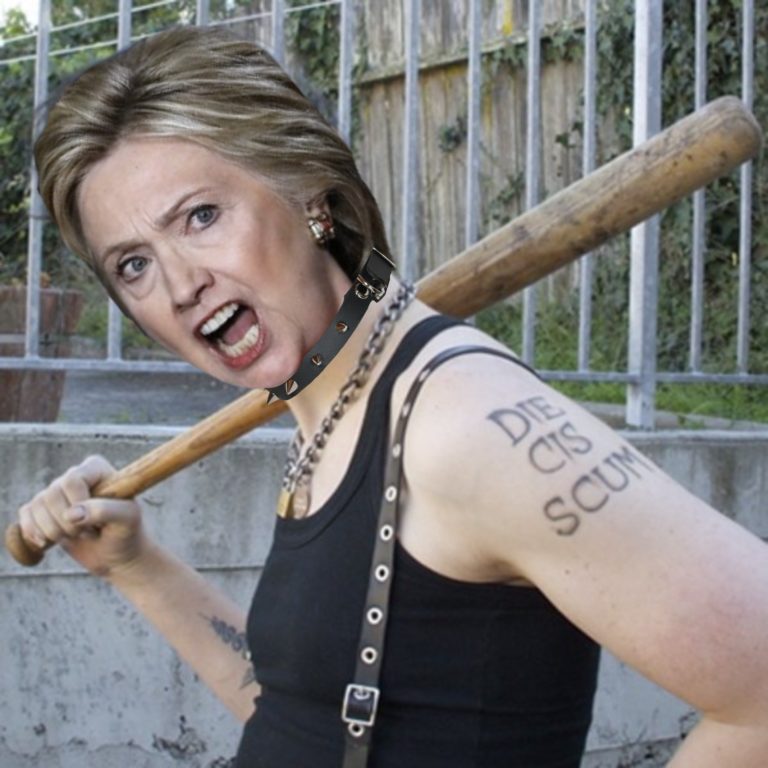 Let me give you something to contemplate upon, right before the midterms: the evil witch is back in the news cycle with a vengeance. On a short side note, can you imagine America today with Hillary president? The sheer thought makes my skin crawl.

At a time when Republicans are being shot, stabbed, doxxed, beaten, mailed powder, run out of restaurants, and sent death threats, Hillary Clinton urges Democrats to be even more uncivil. What an irresponsible statement. Every Democrat should denounce. pic.twitter.com/TdEmISWnzM

Basically, this woman has gone full retard, there’s no other way to put it really, and chose to tacitly encourage the ongoing political violence, courtesy of the unhinged left, as she said, but let me quote:

You cannot be civil with a political party that wants to destroy what you stand for, what you care about. That’s why I believe that if we are fortunate enough to win back the House and/or the Senate, that’s when civility can start again. But until then, the only thing that the Republicans seem to recognize and respect is strength.

As you can see, she uses clever wording to dog-whistle DEM’s fan-base that she’s actually endorsing political violence against Trump supporters/Republicans. Let’s be serious here: this is completely irresponsible from a public figure like Hillary Clinton, as she’s encouraging the type of insanity which was obvious during Brett Kavanaugh’s confirmation process, and I am talking about the protests, when insane Democrats were trying to break in the Supreme Court building. And no, I am not being dramatic at all, check this out, this is mob rule:

Hillary is also encouraging “Elevator Screamers”, unhinged women like these ones:

She is also dog whistling to Antifa thugs/terrorists, who did what they do best in Portland last weekend, i.e. they attacked senior citizens on the street, with the police looking and not intervening, as usual (dereliction of duty by any definition):

What does Hillary mean promising incivility, unless DEMs manage to win an election? Is that a threat? What if Democrats fail to win the midterm elections? What then? Open war in the streets? MAGA hat wearing Trump-supporters getting lynched on sight? Will there be the National Guard deployed in the streets to prevent a Libya-Qaddafi type of scenario? Are leftists so crazy that they want to see people dead? What is this, access to power by any means necessary, literally? Can you imagine what would happen if these people get power in America again?

President Trump has said during a recent rally that, let me quote: “the Democrats have become too extreme and, frankly, they’ve become too dangerous to govern”. Sad, but true.  Here’s a great video:

Do these crazy leftists, sponsored by pro-open border globalists like Soros and his ilk, realize how out of control the situation is and what kind of monster they’ve created?

Let me end this piece with a thought via Minecraft’s creator:

I know people don’t like it when I point this out, but the left has been taken over by evil.

And I mean that literally.