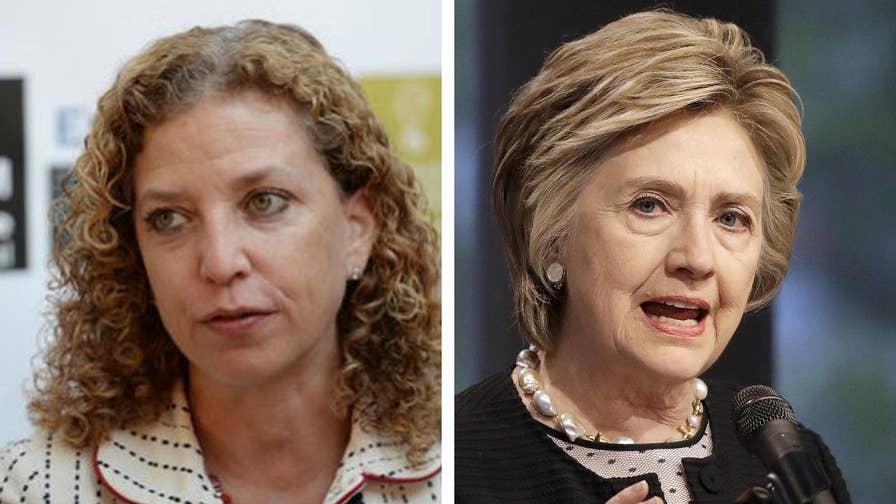 The House Intelligence Committee announced Saturday that it has reached a settlement to obtain bank records from the private intelligence firm that produced a controversial dossier alleging ties between President Trump and Russia.

The answers are in Fusion’s bank records. Fusion has doggedly refused to divulge the names of its clients for months now, despite extraordinary pressure. So why did the firm suddenly insist that middleman law firm Perkins Coie release Fusion from confidentiality agreements, and spill the beans on who hired it?
Because there’s something Fusion cares about keeping secret even more than the Clinton-DNC news—and that something is in those bank records.
www.foxnews.com/opinion/2017/10/27/kimberley-strassel-fusion-gps-bombshells-have-just-begun-to-drop.html
Wonder what other surprises are hiding in those bank records? Will we ever know the full truth?

Why would Fusion’s clients be in such fear of disclosure? Wonder if there are any Russian oligarchs lurking in those records? Maybe some payments to journalists to spread lies and innuendos? Maybe FBI/CIA payments?
In its request for an injunction, Fusion says that if the subpoena is approved, its bank records will reveal thousands of transactions as well as the identities of 25 of its clients and 30 of its contractors. Doing so will not only hurt Fusion’s business but it will put its clients not related to the dossier project at risk of hacking attempts and physical threats, the firm says.
“The breadth of the subpoena will cause harm to the businesses of Fusion’s clients and contractors and also subject those clients and contractors to harassment, fear of cyberattacks and hacking attempts, and, in some instances, danger to their physical safety,” Fusion’s argument reads.
dailycaller.com/2017/10/24/fusion-gps-says-subpoena-for-its-bank-records-will-ruin-its-business-endanger-its-clients/

ABC says it is a confidential agreement.
abcnews.go.com/Politics/house-intelligence-committee-fusion-gps-reach-settlement-bank/story?id=50784776
Here is a link to the court document. Mentions a sealed protective order:
assets.documentcloud.org/documents/4159061/Fusion-Agreement-20171028.pdf
The confidential agreement and the sealed protective order shall remain confidential in light of the highly sensitive nature of the subject matter of the Committee’s investigation…
assets.documentcloud.org/documents/4159061/Fusion-Agreement-20171028.pdf
‘We didn’t ask questions’: Fusion GPS link to Dems murky by design
Rep. Darrell Issa, R-Calif., told Fox News’ “Outnumbered Overtime” that the careful distance between the research and the political entities that helped fund it only underscores the need to “connect the dots.”
“There were so many in-between groups used to sort of shield direct control that it’s very clear that people on the one end, Russia, and on the other end, the Democratic National Committee and Hillary Clinton’s campaign – they obviously wanted to create the inability to connect the dots. And when somebody goes through so many efforts through so many surrogates to keep that from happening, you have a special reason to want to connect the dots,” he said Thursday.
www.foxnews.com/politics/2017/10/27/didnt-ask-questions-fusion-gps-link-to-dems-murky-by-design.html
As Soon As We Found Out Hillary Paid for It the Dossier Changed From “Treason” to “Opposition Research” – Tucker